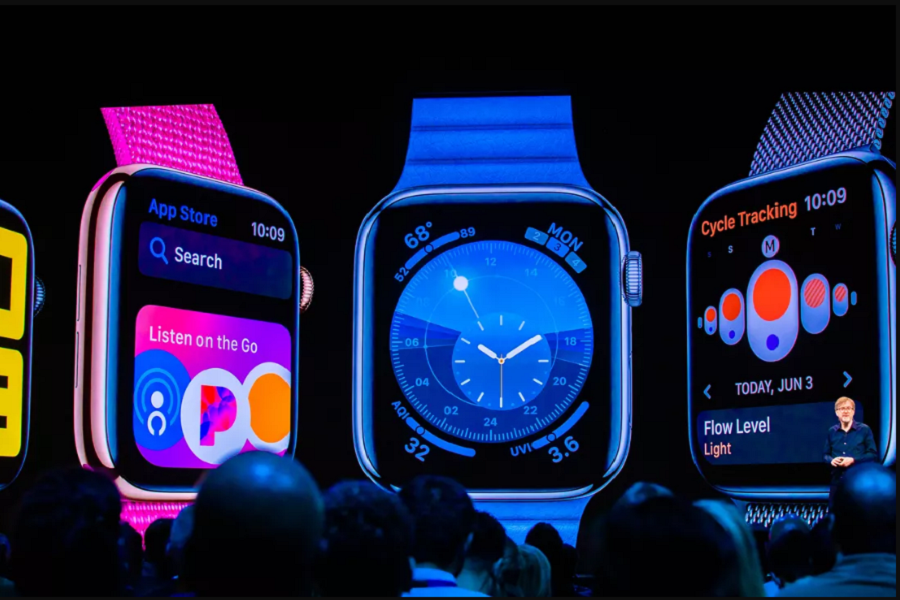 Apple has released its latest iOS 13, iPadOS 13, tvOS 13, maxOS Cataline, and watchOS 6 at the WWDC this year and the next Apple event will be held in September where new iPhone 11, Apple Watch Series 5, and more devices will land. Well, we already discussed a much about iPhone 11 and iPhone SE 2, but what about next Apple Watch series 5? What features are coming to the new Apple Watch series 5? Let’s find out!

According to the latest US Patent and Trademark Office, the next Apple’s Watch 5 will come with a completely new design as the new camera on the band is expected for the first time on any Apple Watch. Yes, you heard it right. The new patent shows the Apple could add a built-in camera in the band in Apple Watch series 5. Earlier, there was a rumour that we might get a camera on the watch’s screen for FaceTime or FaceID. Also, the patent suggested that the camera will come with a dual sensor as it would offer a 360-degree view. Talking about the band quality, the malleable metal made band could help you to get a perfect potion to capture the best shot from the Apple Watch Series 5, and there would be a button on the band you could press to capture the picture.

Apple is making its Apple Watch more fruitful by adding some new health features in every watch. And now, Apple is planning to add a new sleep-tracking feature with the new Apple Watch 5 according to the Bloomberg report. Well, Fitbit, Garmin and Samsung watches are already offering this sleep-tracking feature, but Apple Watch users have to download some third party app to use these features. Adding sleep tracking is features is very tough as it uses more battery and needs to detect your heart rate. So, it will be challenging for Apple to add the sleep tracking feature on the Watch Series 5.

For the first time, Apple is collaborating with one Japanese company to making its watch’s display much better. Well, the thing is Japan Display hasn’t made the OLED display earlier as Apple is offering OLED display from the start. Still, we are excited about how Apple will make its upcoming watch display better.

Now everyone is talking about the design of the upcoming Apple Watch Series 5. Yes, as we know that Apple did a significant change in the Apple Watch Series 4 last year since the first line up. Well, most the people loved the square face and rounded corner while others hated. So, the Apple analyst Ming-Chi Kuo of TF Securities forecasts Apple will carry back a ceramic version while Kuo wrote in February that he anticipates a “new ceramic casing design added,” but provided no additional insight. Well, nothing confirmed by Apple.

Well, there is no news about price and release date of Apple Watch series 5, but it is expected to land on September 12 at the price of around $450. What are your thoughts about Apple’s next watch? Feel to asking anything in the comment section.