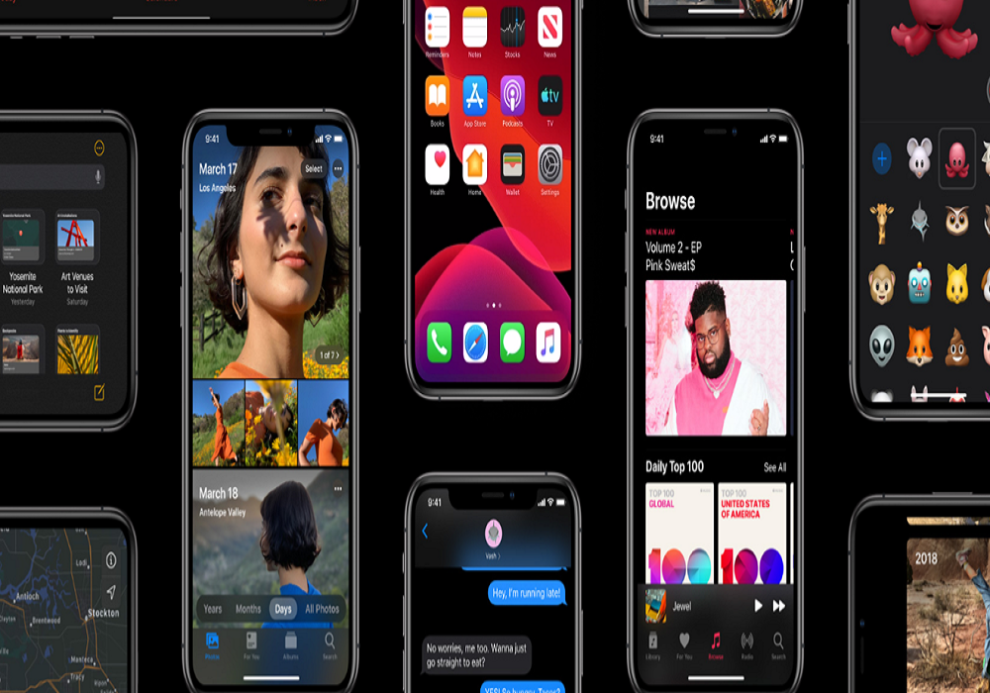 Tim Cook, while introducing a new iOS update, states that iOS is undoubtedly the most powerful mobile OS in the world with 97% satisfied users. Craig, Senior Vice President of Software Engineering at Apple, confirmed the name of the OS as a double-digit number – iOS 13. A lot of rumors about iOS  13 have been proved right as lots of speculated features of iOS 13 are being added in the new lined up iOS update.

With iOS 13, Apple has tried to bring a whole new look on a whole new level. iOS 13 brings a bold new look, significant updates to the apps we use every day, new ways to protect your privacy, and several improvements across the entire system that make iPhone even faster and more delightful to use. Apple claims that iOS 13 launches 2X times faster applications in the iPhone, 30% faster Face ID unlock.

Many users were fade-up of the large size of the apps; iOS 13 has brought a solution for them too. With iOS 13 users will have 50% smaller apps and even 60% smaller app updates. This is just a trailer a lot has been unveiled at WWDC keynote.

When will iOS 13 releases?

Now on the day first you are wondering what is the release date of iOS 13? Then let us be clear that a full rundown of iOS 13 will be released in September when iPhone 11 will be launched. But if you are too eager to try it right now, then you can try iOS 13 beta. Find here, how to install iOS 13 beta 1 on iPhone.

Here, we have presented all the features of iOS 13.