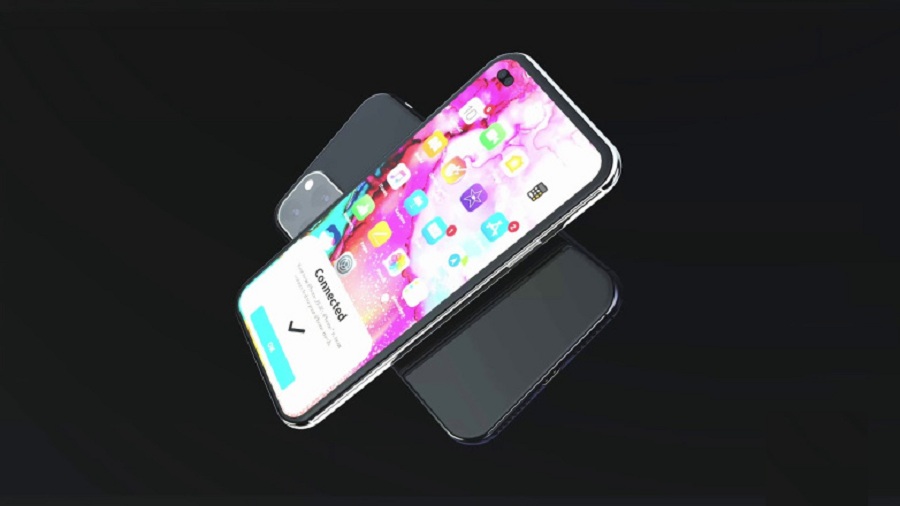 Here, we have got all the rumors and speculations about iPhone 2021 models (iPhone 12 or whatever Apple end up named it). Yes. It seems utterly non-sense that the iPhone 2019 models, iPhone 11 is yet 3 months away from its final launch and how can we get the details of iPhone XII. Well, right now there are more speculations about iPhone 11 successor iPhone 12. We have already told you that Apple will launch its 5G iPhones models in 2021 so obviously, we are getting iPhone 12 with 5G support.

Well, iPhone 11 is rumored to get a triple camera setup and it is confirmed by a well known iPhone case maker. In Apple’s situations, predictions by experts and analysts always work. There was a big rumor about Apple finally adding Dark Mode in iOS 13 and it proved right at the launch of iOS 13 at WWDC 2019. So, no need to surprise if Apple will add USB-C to iPhone for fast charging. However, all this will be cleared in September when finally Apple will launch its iPhone XI.

But what we know about iPhone 2021 models or iPhone 12, you may get the reasons to skip iPhone 11 and wait for iPhone 12. There is already news in the market that 5G iPhone models will be launch next year but what are the specs and other features of iPhone XII/12? So you really need to look at the rumors about iPhone 2021 models. When new rumors come out it is significant to go through them so you can know what to expect and what not and you can have your own guess about what may prove right or wrong. It is always possible that Apple may still surprise its users with all new announcements.

Apple finally introduced its first device with OLED display in 2017 with the iPhone X. But the same year we also noted that the iPhone 8/8 Plus were bundled with their traditional designs and LCD displays. In 2018, when Apple unveiled the iPhone XS and XS Max, and iPhone XR, we saw that the first two iPhones contained OLED while iPhone XR was packed with LCD display with the new design. But later, Apple has confirmed that it is going to bring OLED display to all its future iPhones so we are pretty sure that iPhone 12 models will have OLED display.

According to Ming-Chi Kuo’s report, all the three iPhones set to launch in 2021 will have OLED display so we may expect OLED display in iPhone XR successor.

The screen size of the iPhone has always divided Apple fans as some people prefer the iPhone with the smaller screen while others love bigger devices. That’s why some people are eagerly waiting for Apple to launch iPhone SE 2. The latest smallest iPhone size is 5.8-inch in iPhone X and XS. iPhone XR and iPhone Max have 6.1-inch and 6.5-inch displays respectively. These bigger iPhones need to be used with two hands only.

Ming-Chi Kuo explained the size of the iPhone 12 models in his analysis that Apple will launch the iPhone in three sizes. The smallest size will be 5.4-inch that means iPhone X and XS may get downsized from their 5.8-inch screen. And two other models will be sized at 6.1-inch and 6.7-inch. The 5.8 and 6.7-inched iPhones will be high-end and it will have 5G support while 6.1 will be low-end and it will rely on LTE 4G.

It all started after the report of Ming-Chi Kuo, he stated that Apple will launch its 5G iPhone flagship in 2021. Among the three iPhone are slated to release next year only two will have 5G support.

The high-end iPhones with 5.4-inch and 6.7-inch size that are believed to be the successor of the iPhone X and iPhone Max will have 5G support while 6.1-inched iPhone which would be iPhone XR’s next model will only have the 4G modem.

We know Apple replaced Touch ID with Face ID with the launch of iPhone X on the 10h anniversary of iPhone. Apple removed its signature button and Touch ID was removed as it may have increased the cost and would make the iPhone more expensive.

But according to a report, Apple has filed a patent for all-new Touch that will become with iPhone 12. The patent says that the new Touch ID will allow users to unlock their device from any part of the screen. An array of pin-hole camera will be placed beneath the screen and fingerprint sensor will work on all-screen.

Now, this doesn’t mean that Face ID will be removed, but iPhone 12 will have both Touch ID and Face ID. So, iPhone 12 will be more secure with both this bio-metric security feature.

There aren’t really some rumors about iPhone 12 camera. iPhone 2021 could finally bring full-on rear facing augmented reality camera. The Augmented Reality camera has been one of the most exciting since the last few years.

So in order to charge the battery even faster the traditional lightning cable is of no use so Apple may go for USB-C cable. This has already been added to iPad Pro so it wouldn’t be a surprise if iPhone 11 and iPhone 12 will have this update.

Three iPhone models will be unveiled in 2021. Two iPhone with 5.4 and the 6.7-inch display will be high-end so they may cost a little higher than 6.1-inch iPhone XR successor. According to the typical Apple schedule, iPhone 12 will be launched in September 2021 and initial model may start at $1199.

There are no more rumors about iPhone 12 yet. It may have iOS 13’s further update or the new major software update from Apple. As of now, iOS 13 is still in its beta phase the full-rundown of it will be released in the fall this year after the launch of iPhone 11.