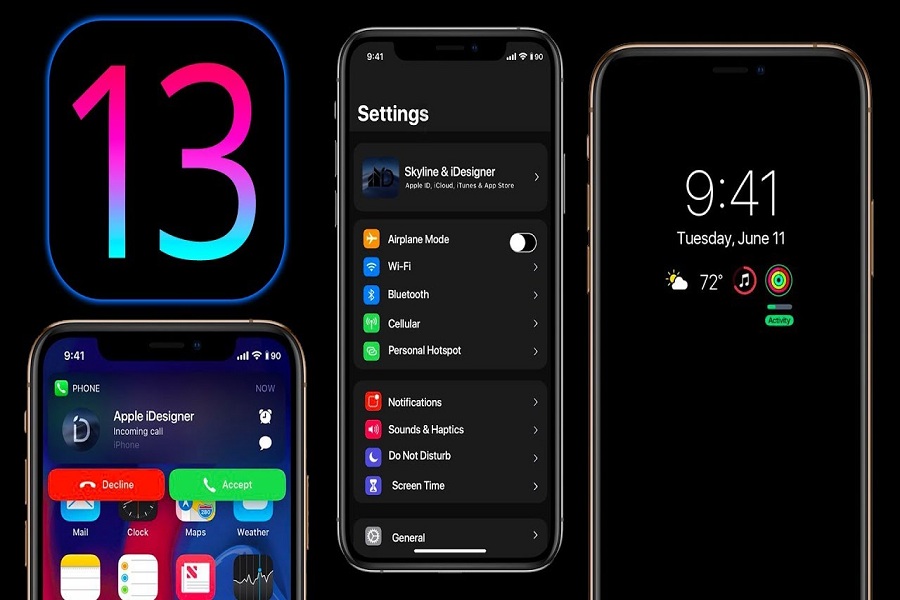 Apple CEO, Tim Cook announced iOS 13 in the first week of June at its WWDC event. Along with iOS 13, iPadOS, tvOS, watchOS 6, and macOS Catalina were also announced. Initially, the developer beta version of every software update was released for testing purpose. Recently, Apple has rolled out the iOS 13 Public Beta prior to its official release in fall this year. Well, unlike iOS 13 developer beta everyone can install iOS 13 Public beta without requiring Apple developer account so you can install iOS 13 public beta within a few steps. As developers found some major issues and bugs in developer beta so Apple took some time and has finally rolled out the public beta so you can know what to expect from iOS 13 later this year.

According to Apple’s website, all the software updates for every Apple device will be available for everyone as full rundown later this fall but there are some speculations that Apple will release them along with the launch of iPhone 11 this September. But we have got our hands on the iOS 13 Public Beta 1 and here are some of the basic new changes that you will see in iOS 13. As we already know Dark Mode, announce message with Siri, and some privacy features have been added but here are some hidden features in iOS 13 no one is talking about.

The Hidden Features in iOS 13

A long-awaited feature iOS users have been asking Apple to change is the volume HUD. It is really annoying when you press any volume key to adjust volume and the pop up takes over the screen while watching YouTube or Netflix.

The new volume indicator in iOS 13 is much smaller without taking much space on the screen and slides in from the side of your screen. As you press the volume key, the popup shrinks down to just a small line, all but hiding as you find the right volume level.

Mouse control for your iPhone and iPad

With iOS 13, you can use a mouse or trackpad to navigate your iPhone or iPad. It takes some time to get used to this feature as we are all feeling convenient using our fingers. It doesn’t show a typical mouse pointer but there’s a cursor that more or less mimics your finger.

If you want to know how to connect a mouse to your iPhone or iPad then here is the compact guide for that, just go to Settings => Accessibility=> Touch => [Turn on] Assistive Touch => Pointing Devices to customize it works.

Apple has finally relived iOS users who want to get rid of mandatory Wi-Fi connection to update or download any app or game over 200 MB. So in iOS 13, if you want to download a game over 1 GB using cellular data then you can do it.

How to download and update apps over 200 MB in iPhone – Settings => iTunes & App Store => App Downloads and select either “Always Allow” or “Ask If over 200 MB” and download any app from the App Store.

Typically if you keep the plug in your iPhone or iPad even if it’s fully charged then te=he battery life of your device can be compromised. The new setting feature in iOS 13 is available to help prolong your battery’s life by learning your charging habits and preventing the battery from charging after 80%.

For example, if you normally charge your phone overnight and plug out it at 6 AM then, Optimized Battery Charging option will keep your iPhone’s battery at 80% for most of the night and just before 6 AM it will charge the rest 20%.

To turn on this “Optimized Battery Charging” – Settings => Battery=> Battery Health and turn it on by tapping on the toggle.

Apple added Dual SIM support in the iPhone flagships with iPhone XS, XS Max, and iPhone XR. But users wanted iMessage and FaceTime support for both SIM so, with iOS 13 this feature has been added. The feature is very convenient and handy for those who don’t want to carry a personal and work phone or for iOS users who often travel internationally and need a data plan that’s cheaper than roaming fees.

Before iOS 13, users were able to use one SIM for iMessage and FaceTime.

Delete apps from the update screen

As we all know, every day you will get updated for several apps installed on your iOS device. If you are just like me who has download over 60 apps ion your device and while updating tap on Update All and the unused apps will be there occupying space on the device. So, now with iOS 13, you can manage apps installed on your device whenever you get new updates. You can delete any app when you get an update notification in App Store by swiping to the left across the listing and then tap Delete.

Yes, finally, Safari browser has gotten a download manager. Users can now download files with Safari on an iPhone and iPad. The icon of Download manager shall not show up unless you have an active download. Downloaded item will automatically be saved to “Downloads” folder on iCloud Drive account and can be accessed in the Files app.

In order to troubleshoot this feature select a photo that you want to share from the Photos App then tap on “Options” at the top of the screen and turn off Location under the section called “Include”.

So these are some of the hidden features in iOS 13 that many of the users don’t know yet several other features may also be added when the full run down version of the software available in the fall. For all the updates considering Apple products visit us regularly.