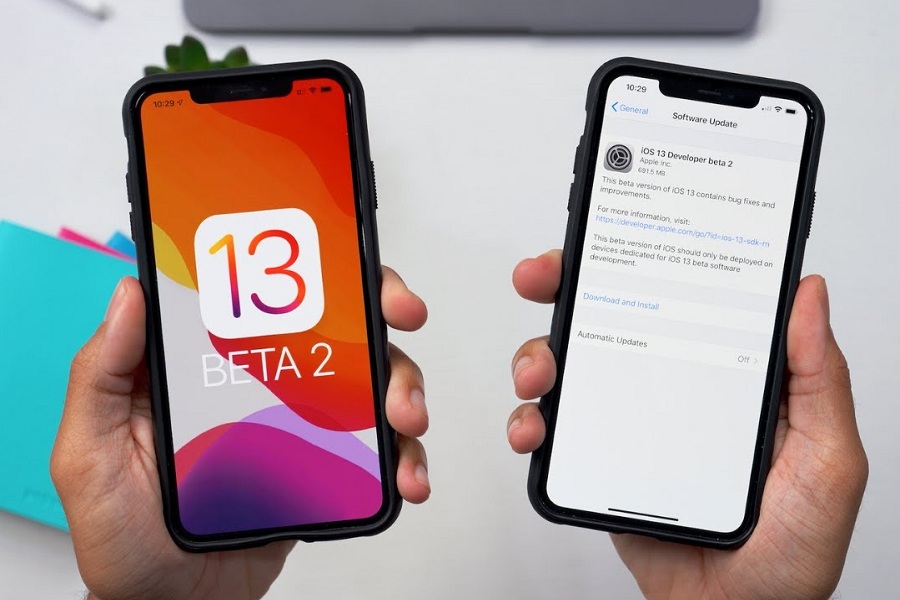 After the release of iOS 13 Beta 1 at the WWDC, Apple has done an excellent job by fixing some iOS 13 bugs and released the new iOS 13 Beta 2 with a more new features like SMB Server Connectivity, Notes Checklists Changes, New Animoji Stickers and More. But one of the great things we love the easiest way to download and install iOS 13 Beta 2 on iPhone.

Note: Once you install iOS 13 beta with this method, you will automatically get next Beta updates.

Easiest Method to Install iOS 13 Beta On Your iPhone

Step #2: There you can see iOS 13 + iPadOS section, just click on the blue download button and the select your device.

Step #3: Once it’s done, you can navigate to Settings > General > Software Update to download and install any new versions of iOS 13 beta 2.

That was so east, don’t you think so? Once you have installed the latest iOS 13 update on your iPhone, please do share your feedback about all new features of iOS 13 Beta 2. Also, feel free to share bugs and issues if you noticed in the new iOS beta, we would appreciate it!3 Simplest Steps To Install iOS 13 Beta 2 On Your iPhone