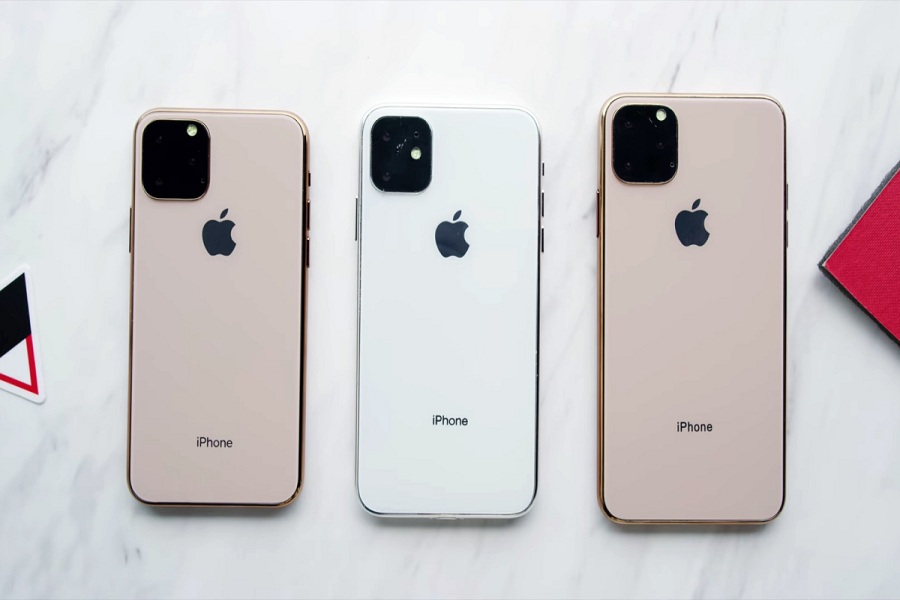 As Apple’s September event is coming near, we are seeing more and more leaks about the upcoming iPhone models. The exciting thing is people are also so much crazy about iPhone 2021 model since there has been news roaming about the notch-less display, 5G iPhone, and much more. But the recent video clip confirms the design of next iPhone 11, iPhone 11 Max and iPhone XR 2.

According to the video posted by popular YouTuber Marques Brownlee aka, MKBHD showcases three realistic iPhone dummies design of iPhone 11, iPhone 11 Max and iPhone XR 2. In the video, we can see three iPhone models with the same design as last year. But, as many case makers and popular blogs say that Apple would add a triple camera at the back, you can see in the MKBHD’s video where the iPhone has a big bump on the back with the triple camera setup.

Well, there is still notch and sensors for the Face ID on the iPhone 11 and two lenses at the back on its lower end model. Maybe we can see notch-less iPhone next year. It isn’t confirmed yet whether Apple will ditch 3D touch or not, but we will see the OLED display on its next model. Furthermore, the 3.5mm headphone jack is also missing in the dummies while they are showing the lighting cable on iPhone 11.

Talking more about iPhone 11, we can expect the stable iOS 13 with the next iPhone models launch. According to the Forbes, Apple leaks confirm the disappointing new iPhone as the websites say that there is nothing new on iPhone 11. “The screen design remains, the physical styling remains, the lightning port remains, it’s going to take a very keen eye to spot the differences that can justify an annual upgrade.”

People are assuming the best thing about Apple iPhone 11 will be the increased in battery size as Apple is adding 20% of battery power compare to the previous launches in 2018. There is much more about unveiling soon. Let’s wait a couple of months to see what Apple is going to do with its next iPhone 2019 model. Stay tuned to get more Apple news & updates.