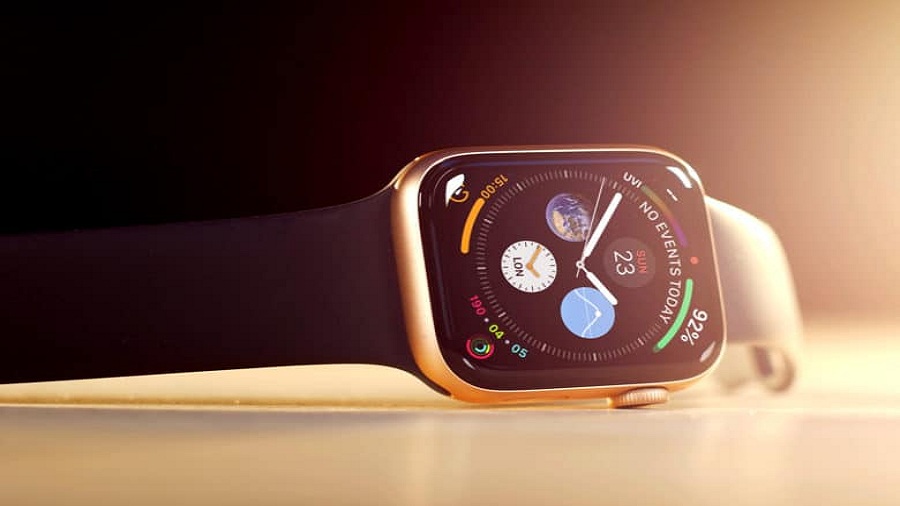 According to the latest report, Apple is working on sleep tracking for its new Apple Watch series that is going to be unveiled in the next week. Apple’s Special Event is going to be held on September 10 and it will be live from Steve Jobs Theater. This newly revealed feature may be announced in the event next week in Apple Watch Series 5 which will be getting revised Titanium and Ceramic body. Apple’s 2019 iPhones – iPhone 11 modes will be the headliners of this event.
The new sleep tracking feature for the Apple Watch will be called “Time in Bed Tracking”. It is said to track the quality of sleep, heart rate, noises, and all other movements done while sleeping. Just like every Apple Watch Series, this feature will be available in the Health App and a new Sleep App for the watch (watchOS 6 has brought a standalone App Store for Apple Watch).
This sleep tracking feature will require enough battery and to track the sleep a user need to wear the device while sleeping. Users might find it little inconvenient as most of them charge the device during the night. So users will be notified to charge their device a few hours before going to bed. If users happen to have a secondary Apple Watch then they can use any one of them to be their sleeping tracker.
It is also being said that Apple is altering the ways of how the alarm works in the Apple Watch. If the user wakes up and starts the day before preset alarm triggered then it will be silenced automatically. Usually, the alarm will play only on the Watch by keeping the iPhone as a backup. User can also use an alternate option of the alarm where Apple Watch only vibrates when the alarm goes off. The sleep tracking function will disable all the notification when the user goes to sleep. It will enable Do Not Disturb.
It is still not confirmed whether this new feature will need some hardware support and will run on the new upgrade of the Apple Watch Series to be announced on September 10 or will be available with watchOS without requiring hardware support. But from the various rumors about Apple watch series 5, we have seen that there aren’t much hardware changes in it so probably this feature won’t require hardware support.
The Apple’s September event will introduce new generation iPhone 11 models which are likely to have triple-lens camera setup at the back. Along with this, we are also expecting iPad Pro, iPad 10.2, MacBook in this event if Apple isn’t planning a second event in the fall. Apple’s two new major services Apple Arcade and Apple TV+ are slated to release in the fall, so we may get some more details about them in the event. All the software updates of Apple Products are scheduled for somewhere in the fall and with the launch of iPhone 11, we may get the final release date of iOS 13 and iPadOS.