Home » iPhone 11 Price and Features Confirmed With the New Leaks 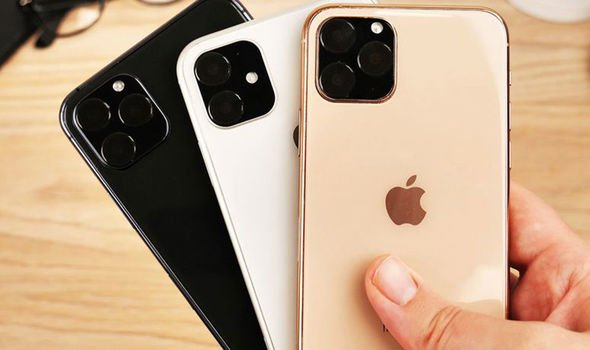 As September commenced and we are getting a little closer to Apple’s Special Event that is going to be held 10th day of this month. Apple hasn’t announced what things will headline this event but just like every year, we will get to see the new iPhone models from Apple. The most anticipated smartphones series called as iPhone 11 or iPhone XI will be revealed at the event. According to the rumor, three iPhone 11 are models named iPhone 11, iPhone Pro, and iPhone Pro Max.

What are the key features of the iPhone 11 and what to expect from Apple?

So the report by the website claims that iPhone 11 Pro Max shall have a larger 6.5-inch OLED with the latest processor chip A13 but with larger storage capacity, a bigger battery, and the triple 12 MP rear camera. The expected price of the model is reportedly to start from $1,099.

Apple’s iPhone Pro will also be equipped with the OLED but in size of 5.8-inch. Although, the phone will have the same A13 processor chip, triple-camera at the back and 12 MP selfie camera. It is expected to have a 3190 mAh battery and the price of the iPhone 11 Pro will start from $999.

The last and a low-end iPhone 11 model will have a 6.1-inch LCD with Haptic feedback (instead of 3D Touch) and powered by the A13 chip processor. This model is expected to be come with 12 MP, dual-camera setup at the back and a 12-megapixel front camera. Other key specifications of the iPhone 11 include 512GB storage, bilateral wireless charging, and 3110mAH battery. The reported price of the iPhone 11 will start from $749.

Apart from all these specs and features, it is also being said that iPhone 11 models will feature smaller notch compared to the currently available iPhone models and improved Face ID which will work from more angles now. All the models are going to have a matt-finish.

All the speculations will come to an end on September 10 after the official launch. Definitely, iPhone 11 will be the headliner of the event but we may hear about new high-end MacBook (16-inch) and the details about the pricing and release date of Apple TV+ and Apple Arcade. It is still unclear that whether Apple will hold a second event in the fall for the launch of new iPad Pro models and a new iPad 10.2-inch but several reports are claiming that they will be revealed on September 10. We may also expect iOS 13, watchOS 6, tvOS 13, iPadOS, and macOS Catalina to be released at this end of this month.