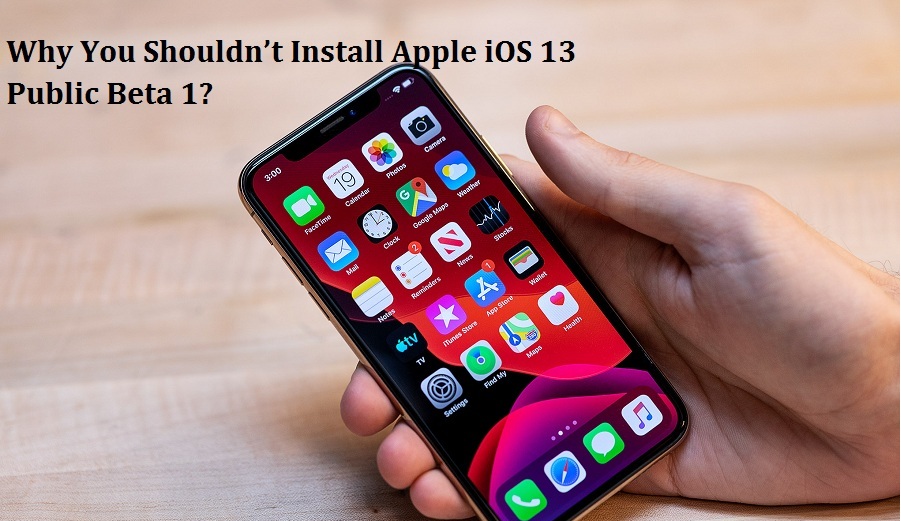 We know that Apple surprised every by releasing iOS 13 Public Beta 1 earlier this month as it expected to land in July. But what’s the reason for releasing the public beta too early since the iOS 13 developer beta 2 was too buggy? Is there any change its public beta 1? Let’s find out!

Yesterday, Apple officially released the first iOS 13 Public beta after the launch of developer beta in WWDC a few weeks earlier. But the fact is we have not seen any official Public beta release notes yet as Apple announced an important note for Thrill Seekers:

“If you’re interested in living on the edge and trying out the great new features in iOS & iPadOS 13, we strongly advise waiting for the many bug fixes and refinements coming to the public beta later this month”

If you want to know why iOS 13 public beta 1 release too early and what are some changes made in iOS 13 public bet, then let me tell the secret that iOS 13 Developer Beta 2 and iOS 13 Public Beta 1 are the exact same build. Yes, you heard it right! If you don’t believe, then you can check the build number by heading to the Settings app and click General > About. On the Software Version line, you’ll see 13.0. Press it to view the build number. It’s 17A5508m. And this is the same build number as the iOS 13 developer beta 2 a week ago. You can see both images below:

Still, if you haven’t got your hands with the latest iOS 13 update and wants to experience all new features of iOS 13, then you can download and install iOS 13 Public Beta 1 right now on your iPhone and try the new dark mode, Apple Maps’ look around, new Memojis, announce messages with Siri, and more. But you should make sure that your iPhone is compatible with latest iOS 13 update.

Once you started testing the iOS 13 beta and if you found the update too much buggy and slow, then you can still have option to go back to iOS 12 from iOS 13 and wait for the stable iOS 13 version. Well, while testing the iOS 13 public beta on your device, if you find any easter egg then feel free to tell us through the comments.