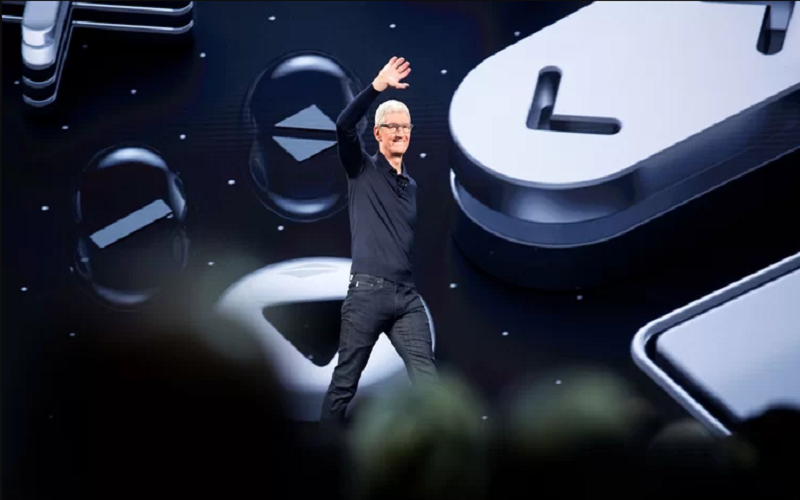 It’s official, Apple’s WWDC (Worldwide Developers Conference) keynote is being held on June 3 that means with the beginning of the next week. The very last week, Apple sent the media invitation by releasing the five photos as to tease the next event. The five images portrayed the five different caricatures with some iOS and macOS icons blowing out from their head. This is a sign that we are surely getting glimpses iOS 13, macOS 10.15 and new OS updates for Apple Watch and TV.

At this event generally, Apple announces software updates for its different products and the full-fledged version of these OS is made available later in the year when new iPhone and iPad are launched in September. You can watch livestream of the Apple WWDC from any device.

But this year, we are hoping to hear about long-awaited Mac Pro that has been lined up by the new upgrade since 2013. The rumors are already in the tech world that Apple will be launching as a powerful Mac machine this year. Well, people are more excited foriOS 13 beta than these expensive Mac. As rumors reported early this year about the features of iOS 13, we are getting the most awaited dark mode in this update. As Apple introduced this feature on a bigger screen with its Mac update Mojave so, it’s sure to get its way into the smaller screen with iOS 13 for iPhones and iPad.

Now talking about the bigger screen and smaller screen, Apple is already working on cross-platform, in which iOS apps can be ported to MacOS, and that is called Marzipan. Apple allows its several apps such as Home, Health, to be ported to Mac. But with the new iOS update, it might enable third-party apps to port over to Mac. And from what we have heard, Apple has already signup some developers to work on this feature. But Apple has already declined that MacOS and iOS are going to be merged.

iOS 13 for iPhone and iPad

iOS 13 update might bring some big for iPhone as well iPad. The probably the main feature that all the Apple users are waiting for is Dark Mode. Apple is switching to OLED displays for its all-new iPhones and iPads, but still, the eye-killing brightness of the screen is sleep blaster at the night unless you have started the flux on. Some believe Dark Mode will help to battery life. You can check the concept images on how iOS 13 dark modes will change the iDevices.

The other things that we might be getting with this update could be Sleep mode, new Home Screen design, update for Apple apps, new multitasking feature, and much more. iPad is getting more significant changes with iOS 13. And it will change the whole scenario of the iPad.

As we said earlier, Mac Pro hasn’t been refreshed since 2013, and we may not see any upgrade to it in this year.  But people are expecting Mac Pro could be announced at WWDC 2019. We don’t know what it would like, but Apple must have something special on its sleeves.

Apple is also expected to announce a 6K Pro display this year.  A 31.6-inch display with 6K resolution will enhance the viewing experience, and Apple may bring back its “Cinema Display” with this. The cost of this high-end device could be more expensive than what expected as it is just targeted to Pro users.

This is the software update from Apple we are excited about. With this update and iOS 13, it will be easier to get iOS apps on the Mac. This project is said to be named Marzipan but still unclear what Apple may end up calling it officially. With this update, Apple will likely to break up with iTunes Apps.

Another super rumor suggests that with macOS 10.15, you will be able to use your iPad as a second monitor.

The new updates for Apple TV and Apple Watch series also expect to be announced at this event.

This is all we know about what to happen at WWDC this year and what Tim Cook and his team could showcase on Monday at 10 AM PT in San Jose, California.