Home » Where Is SharePlay in iOS 15? How To Turn ON? Why Is It Not Working? 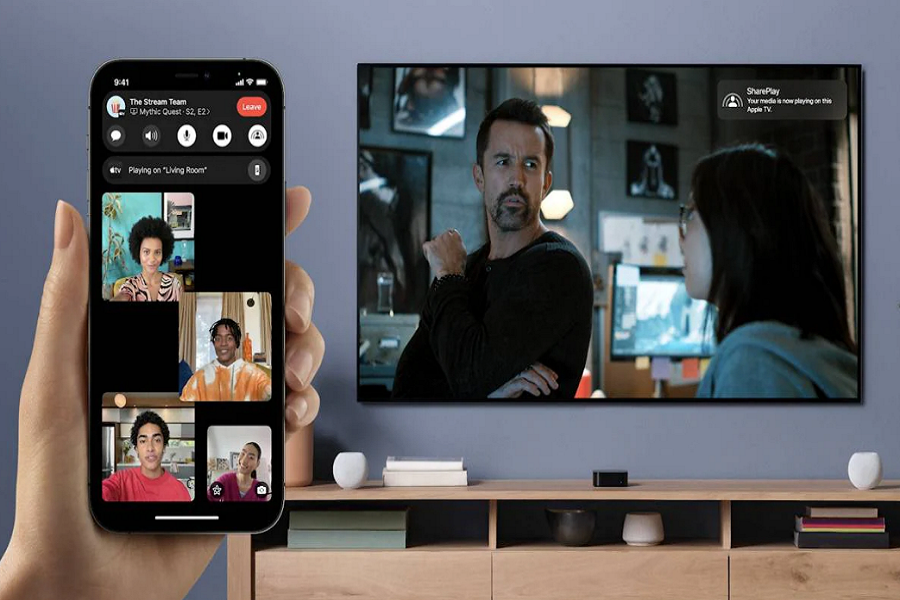 When it was first released at WWDC with iOS 15 beta 1, Apple fans were keen to try out the new FaceTime’s SharePlay feature. There is nothing wrong with the new iOS 15 except the SharePlay feature. It allows users to screen iPhone screens with each other.

Therefore, within a week of SharePlay addition to the iPhone, people were eagerly waiting to install the iOS 15 final version and party together to watch movies and listen to music together by using the FaceTime screen share SharePlay feature.

Even Apple showed the previews of two people watching Mythic Quest using the new SharePlay by sharing the iPhone’s screen. Even this feature can control the volume of Screen Shared Content and your iPhone’s volume separately.

See More: iOS 15 Live Text Not Working on iPhone: How To Enable

Unfortunately, SharePlay is not working on iOS 15. Even users cannot see any option to share screen on FaceTime in iOS 15.

Where Is SharePlay on iOS 15?

When iOS 15 beta 1 landed in June, the feature was praised by everyone. SharePlay can be found on FaceTime. Once the FaceTime call starts, there is a new SharePlay button added on the Screen. Users can tap on SharePlay button and start sharing iPhone’s screen. Sadly, SharePlay is not showing after the iOS 15 update.

Why Is SharePlay Not Working In iOS 15?

When Will Be SharePlay Available On iPhone?

There is no official statement from Apple to bring SharePlay on iOS yet. But rumours are indicating that we could see the SharePlay Screen Share feature on iOS 15.1 upgrade. We can expect the new iOS 15.1 within a month with everyone’s favourite FaceTime SharePlay feature.

Can I Watch Netflix Via FaceTime SharePlay?

For now, there is no SharePlay option on iPhone in iOS 15. But then chances are high as Apple is working to keep SharePlay better for every App. Hence, we would see Netflix FaceTime Screen Share enjoy movies and TV shows together.

Are you missing SharePlay on iOS 15? Do you think it could be the next Apple thing? Please drop the comment below.

iOS 15 Rain Sounds: How To Play In Background On iPhone
Why SharePlay Not Working iOS 15?
Comment