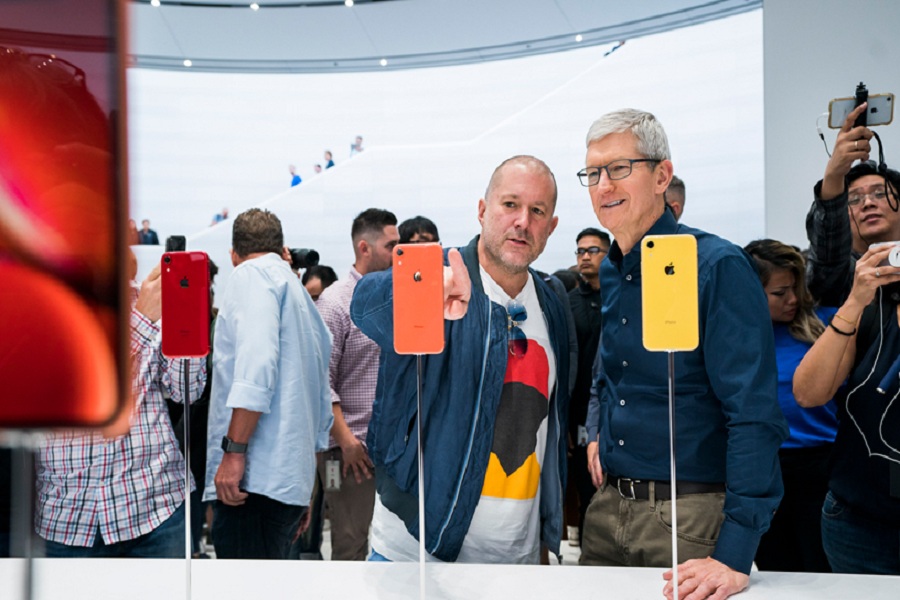 Apple’s valuable asset, Jon Ive, Senior Chief Design officer at Apple, has announced his departure from the company and will leave later this year. He is responsible for Apple’s iMac to iPhone designs which have been ruling the market since the initiative. He has been with Apple for more two decades and now finally leaving the company but will still render his service to Apple Inc.

According to the statement from Apple, Jony Ive is departing from Apple to form his own independent design company and will put Apple as its one of the primary clients. While along with his other personal projects, Jony will continue to work on a range of projects with Apple in his new company

Tim Cook referred him as “a singular figure in the design world” and said “his role in Apple’s revival cannot be overstated” while announcing Ive’s departure. Apple Boss also said “The Company will continue to benefit from Ive’s talents by working directly with him on projects and through the ongoing work of the brilliant and passionate design team of his. After so many years working closely together, I’m happy that our relationship continues to evolve and I look forward to working with Ive long into the future.”

Apple’s most valuable designer Jony Ive said “after nearly 30 years and countless projects, I am most proud of the lasting work we have done to create a design team, process and culture at Apple that is without peer” and ensure that currently, Apple has stronger, talented and more vibrant designer team than its history. In 1996, Ive became the head of Apple’s design studio when Apple was in poor financial circumstances and cutting jobs. But Jony’s iMac design in 1998 and 2001’s iPod proved positive for the company. His other notable work includes iPod Mini (2004), iPhone (2007), MacBook Air (2008), iPad (2010), Apple Watch (2015), and AirPods (2016). One of his most recent projects was finishing Apple Park, Apple’s new corporate headquarters.

So need to worry as still the designing work of the Apple products will be in safe hands with Jony’s company and Apple said that the new roles would again be assigned to the design team leaders Evans Hankey as vice president of industrial design and Alan Dye would become vice president of HID (human interface design).

We still about to see his design magic in iPhone 11 as there are speculations that iPhone 11 will have a triple camera set up at the back and new design in AirPods later this year. The man who started his designing career with designing toothbrushes and toilets and given the opportunity gave us the most revolutionary product, the iPhone. Let us see what new things will be coming with his company’s collaboration with Apple.