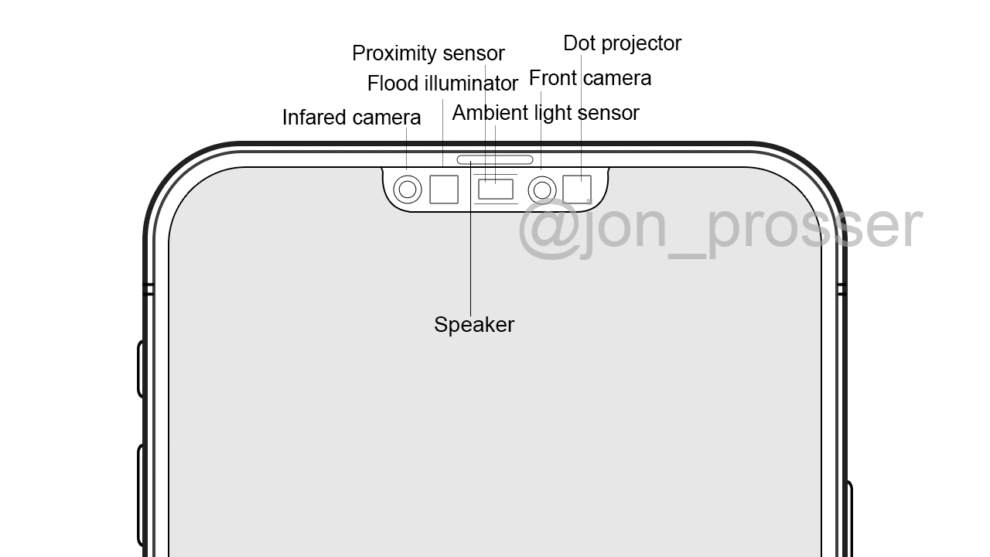 After the launch of Apple’s budget-friendly iPhone SE 2021 model, Apple geeks are now eagerly waiting for the next iPhone. From the last few months, many are rumours and leaks are roaming everywhere about the iPhone 12.

Yesterday, we discussed that we wouldn’t see Smart Connector on the iPhone 12. And today, we have some more detail about the upcoming iPhone 12 as some latest reports suggested that the next iPhone 12 to come with the smaller notch but larger display. And the most interesting thing is that the device will come with the 120Hz refresh rate.

Also, the buzz about the iPhone 12 took speed when the Apple analyst Jon Prosser leaked a massive detail about the iPhone 12 model with the sketch image of the device on its official Twitter page. According to that sketch by Prosser, the next iPhone 12 device will have the complete different small notch compared to the current device, and also it will include the TrueDepth sensor as well to the iPhone 12 2021 series.

Earlier, Jon also claimed that Apple would not use USB C on its upcoming iPhone as the company is planning to make its device completely wireless. Hence, we would also see the next iPhone without a port to make the device portless.

Many rumours also hinted that Apple would use the older iPhone 4 and iPhone 5 design on its upcoming iPhone 12 Pro. And the one iPhone Pro will have a 5.4-inch display and another iPhone 12 Max with a 6.7-inch display.

Furthermore, the most interesting thing is that the next iPhone also has a 120Hz refresh rate display. The company will also use the flat glass instead of 2.5D on the next iPhone 12 along with the edge to edge screen and slim bezel.

A couple of days ago, CAD Renders also revealed the brand new design of the iPhone 12, which also claimed that the iPhone 12 might have a design like an iPad Pro with the flat edge. The more information says that it would have a thinner bezel around .9 thinner than the current ones and the notch, and it will be a tad wider than the one on the OnePlus 6.

Another exciting thing is Apple iPhone would feature a LiDAR sensor but shifted differently. But the final design of the device is yet not finalized, but we will have to wait for the final design. Meanwhile, Apple’s latest iPhone SE is now available to pre-order right now. Are you going to order the new iPhone SE? Please do share your opinion with us in the comment box. Which other feature do you wish to see on iPhone 12? Feel free to share your words with us!