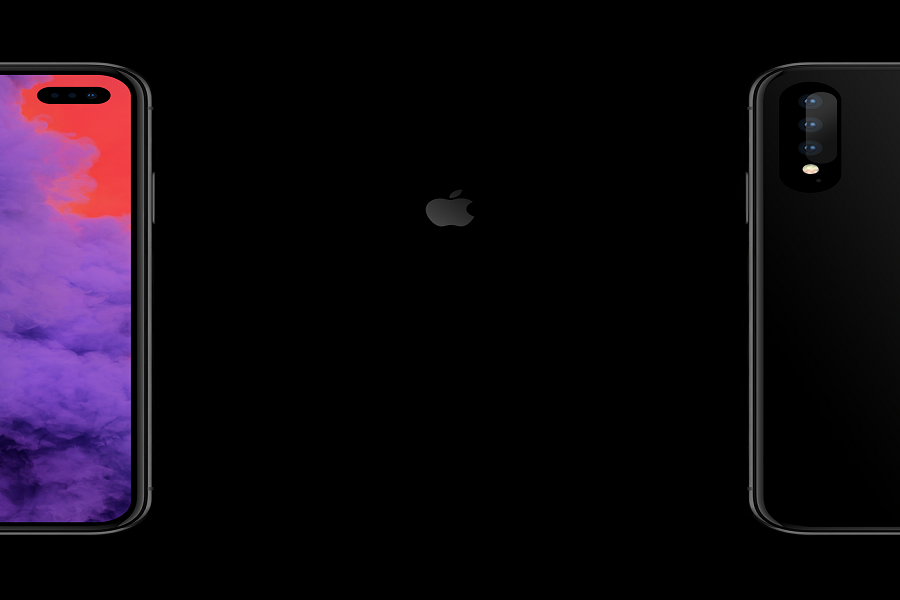 According to a reputed industry analyst Ming-Chi Kuo’s prediction in a China-based website, Apple is gearing to reduce the size of notch in 2021 iPhone with the help of a smaller camera and increase the size of the usable screen on next-gen iPhone. He stated that at least one of the three iPhone models in 2021 will have a smaller front camera lens and the size of the notch will be reduced.

Kuo said that the design of the next-gen iPhone will likely be changed but the thing about whether the new design will completely remove the notch from iPhone is unclear. The prediction by Kuo lacks the full detail and does not specifically indicate to Apple completely ditching the TrueDepth notch design which was first introduced in iPhone X and the followed by iPhone XS and XR.

The recent rumors and by considering the presently available technology reducing the size of the notch is more believable than its complete removal till 2021. The notch was highly criticized when it was launched with iPhone X in 2017 but it was necessary, as mentioned by Apple, for the Face ID. Since then, Apple is working to the notch issue and planning to place camera and optics under the screen.

According to the report by China Times, an analyst from Credit Suisse claimed that Apple’s screen suppliers are developing displays without cutouts and this leads us to believe that Apple plans to release at least one new iPhone model without a notch or Face ID in 2021. The Credit Suisse representative also claims the iPhone 2021 will feature an under-screen front camera and all-new Touch ID on full screen, which would allow users to unlock their iPhones from any part of the display. But this is still unlikely to expect as the new technology is still in development and it is unclear whether Apple is bringing Touch ID to replace Face ID to introduce new budget-friendly iPhone.

These both reports are quite similar but Kuo’s report is more believable as we can’t expect Apple to launch an iPhone without a notch in 2021, reduced size of the notch is more affirming. But the most common factor is that analysts believe all the new iPhone 2021 will have completely display and under-display front camera will be used for Face ID and full-screen Touch ID authentication.

Just a few days ago it was reported that Apple is planning to develop an iPhone with UD Touch ID for the Chinese market at a cheaper rate and will not have Face ID. And Apple’s plan to bring full-screen Touch ID authentication in iPhone makes us believe that a lot can change in the designs of the iPhone in the next two years.