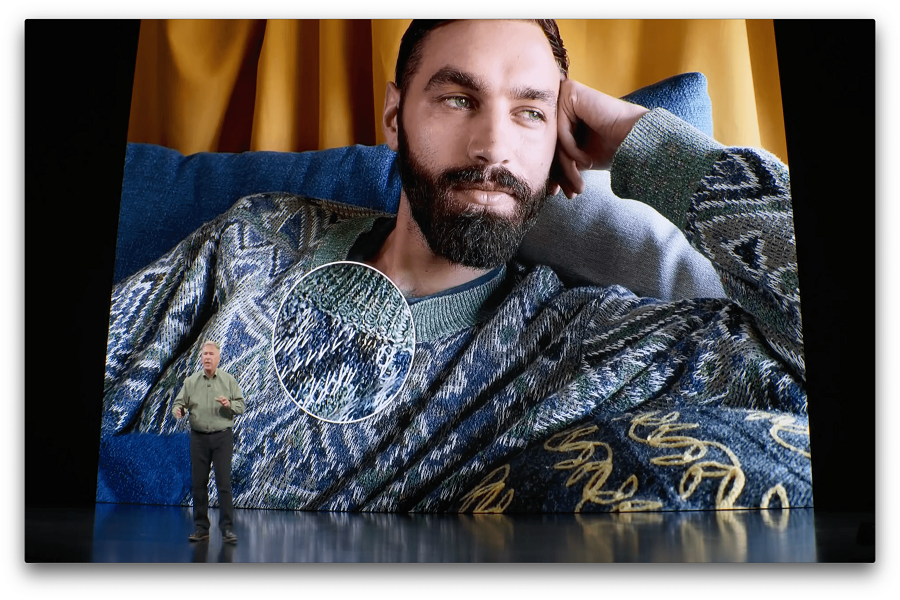 Apple introduced the new photography technology called Deep Fusion at the iPhone 11 launch event. But this new feature wasn’t available with iOS 13 and iPhone 11 models and recently Apple has made available Deep Fusion system in the latest iOS 13 developer beta. So hopes are high that the new camera feature will be available soon on iPhone 11 and iPhone 11 Pro.
For the quick reminder, Deep Fusion was introduced by Phill Schiller, Apple senior VP who called this image processing system a “computational photography mad-science”. It is said to be the best for the medium and low light but it wasn’t ready when iOS 13 and iPhone 11 models get launched on September 20. However, iPhone 11 models have phenomenal cameras and iPhone 11 Pro camera is said to be the best camera in the smartphone ever but Deep Fusion will render more power it in capturing photos in medium light conditions and indoor. But unfortunately, it won’t be available for older iPhone models as it requires the latest A13 Bionic chip.

What does the Deep Fusion Photography System do?

The performance of the Deep Fusion depends on the light levels and the lens you are using. The iOS 13 developer beta with Deep Fusion will bring three modes of operation to iPhone 11 cameras depending on the lenses and light level as we said earlier.
Wide Camera – This lens will use Deep Fusion for medium and low lights, while it will automatically use Night mode at night or dark and for medium-light levels smart HDR kicks in.
Telephoto lens shall always use Deep Fusion mostly all the time. Smart HDR and Night Mode will be used only for very bright-light and very dark-light respectively.
Ultrawide Camera – Ultrawide lens is for taking wider shots so, it always uses Smart HDR and it will not support Deep Fusion. Night mode can’t be used on this lens as well.
Deep Fusion is not a feature that would be shown in the camera but it is a system that will work invisibly. Unlike, HDR and Night mode, the option to turn on and off isn’t shown while using the camera. So this smart feature will do the work for you and give you the best shot. You do not need to think and adjust settings to click the best photo. Deep Fusion will recognize the lens and light levels and then give you the final best shot.
But do not think Deep Fusion and smart HDR are similar and they work similarly in the background. They both operate differently in the background. With deep fusion, before you press the shutter button the camera would have captured four frames and once you click the shutter button it clicks to generate an image with detail. So there is a wide difference between smart HDR and Deep Fusion. The final image generated with Deep Fusion will have much detail since all the three images are merged to increase the detail in the final shot.
TagsDeep Fusion Camera iPhone 11 iPhone 11 Pro

How to Download/Install iOS 13.2 Beta Profile IPSW without Developer Account
How to Improve Battery Performance in iOS 13
Comment