Home » What to watch on Apple TV+? Best Movies and TV Shows available on Apple TV Plus 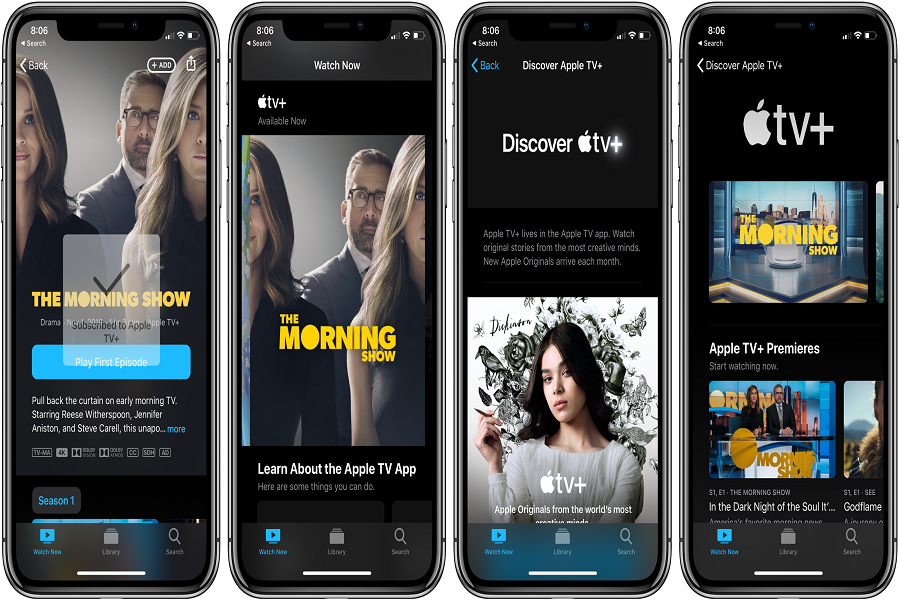 Apple TV+ is now available in over 100 countries and regions to more than 900 million Apple users. Users can enjoy Apple’s original movies and TV shows for $4.99/monthly and new Apple device owners can get Apple’s streaming service for free. Even, users using Apple Music Student Plan also can get Apple TV Plus for free. Apple’s exclusive streaming service features original TV shows, movies, and documentaries from some of the best minds in the film industry worldwide. Apple TV+ is available on all Apple devices including iPhone, iPad, iPod Touch, Mac, and Apple TV through Apple TV app. The service can also be enjoyed on selected Samsung Smart TVs, Amazon Fire TV, Roku, and on the website tv.apple.com to all other android and windows devices.
Apple TV Plus brings us some phenomenal original content and they should be enough for November. So, we have made a list of “what new content is available on Apple TV plus” that you can enjoy this weekend and the rest of the month.

The most anticipated original shows from Apple TV were “See”, “The Morning Show”, and “For All Mankind”. First three episodes of these shows have been debuted and Apple will release a new episode weekly (every Friday). But to binge-watching, all the episodes of “Dickinson”, “Snoopy in Space”, “Ghostwriter”, and “Helpsters” are available on the Apple TV app. The documentary named “The Elephant Queen” is available to viewers as well as the first segment of “Oprah’s Book Club”, the show features guest, Ta-Nehisi Coates with Oprah Winfrey discussing former’s novel “The Water Dancer”.

The list of offerings from Apple TV+ is really long. A lot of new original TV shows and movies will be added monthly and weekly for the customers on the Apple TV app. The upcoming shows on Apple TV Plus include “Servant” (28 November) “Truth Be Told” (6 December), and “Little America” (December). Upcoming movies on Apple TV+ include “Hala” (22 November), The Banker (31 January).
Apple has said that new movies, shows, and other content will be added to the service every month. Here are some amazing new Apple original shows and movies we all are looking forward to.