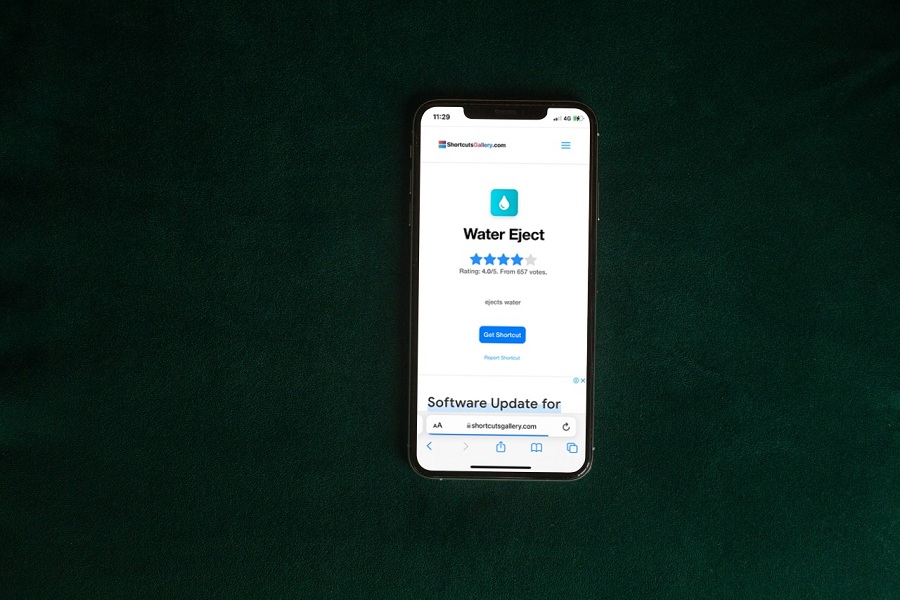 I often travel at the beachside with my iPhone 11. I love to record upside-down videos on beaches and lakes from my iPhone. Mostly, my iPhone gets splashes of water, and water goes inside the speakers at the bottom. At the time, only the water eject Siri iPhone shortcut helps to get the my iPhone water-free. Water Eject shortcut officially now is the first shortcut to have over 100,000 downloads after iOS 15 update.

Earlier, I heard about this Water Eject Siri shortcut to remove water from iPhone using very low-frequency sound. But never uses this function until my iPhone 11 got water inside while I was traveling in Goa. When the water went inside my iPhone 11, I tried water eject Siri shortcut before going to any repair shop. Surprisingly, it worked. Today, I will share a full guide to use Siri Shortcut to eject water from iPhone.

See More: How to get water out of charging port iPhone

Many people also wonder how to turn on water eject on iPhone. But there is no button or option to do it easily. It is a bit of a tricky task. Let’s find out!

Before you head over to the below process, you need to turn on ‘Allow Untrusted Shortcuts” from your iPhone’s settings under the Shortcuts section.

Once the Water Eject shortcut is created on your iPhone, you can use it with a simple tap or ask Siri to initiate the water eject process to remove water from the iPhone.

Is the water eject shortcut safe?

Talking about the safety of the Water Eject, this is the power Siri Shortcut only developed for iOS premium devices. It can protect the device from water damage by generating an ultra-low 165Hz frequency sound wave that propels moisture from the speaker cavity system.

If you need more help removing water from your iPhone, you can ask us for more support through the comment box.

How To Change Alarm Sound On iPhone 14 Models
How Many Emojis on Apple? Why Is It Trending?
Comment