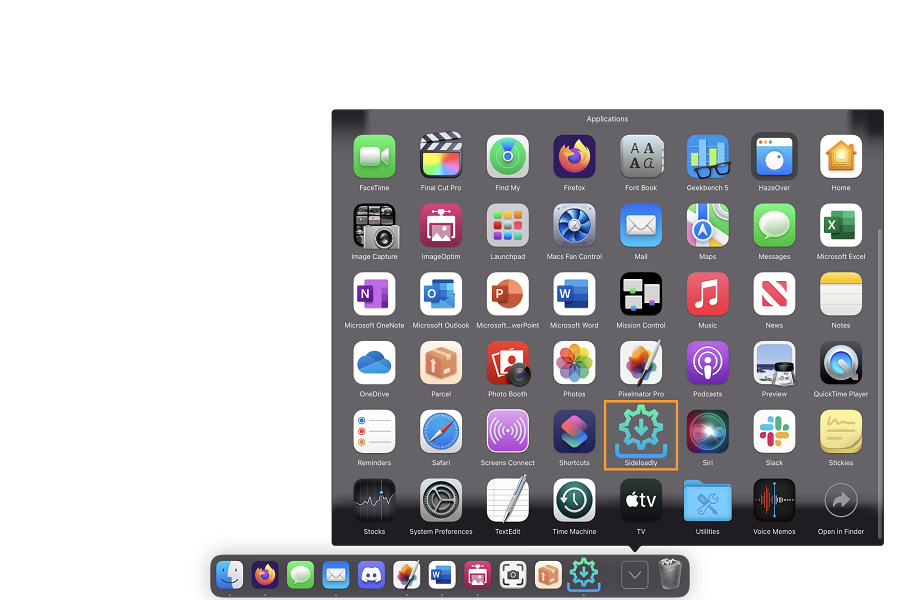 When it comes to using a smartphone, the one thing that every user looks forward to is getting access to the App Store. It’s like Candyland but for phones where you can go ahead and download different varieties of apps and enjoy them on your device.

Unfortunately, with Apple devices, you have limited accessibility, especially if you have a non-jailbroken iOS device. You can only download the official apps available on the App Store and have to steer clear off of the unofficial third-party app stores.

That’s where apps like Trollstore come into play. These are third-party app stores that allow you to streamline the usability of the iOS device, wherein you can download all your favorite apps and even modify apps directly to your iOS device. That said, Trollstore is only available for jailbroken iOS devices.

Since not everyone’s iOS device is jailbroken, we thought of sorting out a list of third-party app stores for iOS that works even on non-jailbroken iPhones to download unofficial app IPAs.

See More: Can I Get Trollstore on iOS 16?

If you are looking for a good-quality, reliable, and renowned third-party app store that won’t disappoint, we’d recommend looking into BuildStore. With over 15,000+ daily active users on the platform, it is one of those underrated platforms that don’t disappoint.

The app store has been functional since 2013 and allows you to download tweaked or unofficial iOS apps directly into the device without jailbreaking. What’s great about this platform is that it’s 100% safe and introduces 20-30 applications each month.

Another popular and reliable Trollstore alternative you can consider using is AltStore. It doesn’t require jailbreak or developer certificates, making it one of the most accessible third-party app stores for iOS devices. What’s great is that you can use this platform to download IPAs directly to your device.

Since the users create their developer certificates, don’t be worried about losing access to the app after a week or so. It is not going to be uninstalled from your device automatically, which happens when you download unofficial apps to your iOS devices.

While the first two apps are quite popular and known, EonHub is one of the underrated Trollstore alternatives we had to include in the list. You get free access to thousands of unofficial and unsigned apps that you can download and run on your iOS device without any complaints at all.

What’s great about this platform is the ease of accessibility, especially when it comes to the user interface. Ideal for beginners and non-tech people, the app is easy to navigate through, making things a lot easier for most users.

Don’t get deterred by the name of this app because not only is it a great Trollstore alternative but it is 100% free and doesn’t require your iPhone to be jailbroken. There are thousands of unofficial apps and games that you can navigate through and directly download to your iPhone.

But, the best part about using this third-party app store is the accessibility. Since it is not geographically limited, it isn’t surprising that users can download any and every kind of app that they wish to download to their iPhone from this app store.

If you own an iPhone, you don’t need an introduction to what Cydia is and how it works. It is hands down the most popular third-party app installer for iOS devices. Not only that, but the app is also compatible with all the leading iOS devices, so you won’t have to complain about accessibility.

The only thing is that it requires your iOS device to be jailbroken. So, if we had to look at the Trollstore alternative that’s entirely similar, we’d recommend Cydia at the top of the list.

While we are on the topic of popular iOS third-party app stores, Tweakbox is another name that deserves special mention. Besides the unofficial and “Android-compatible” apps, Tweakbox is also known for hosting a variety of modified apps for premium versions of the apps that you can download to your iOS devices without needing to pay anything for a subscription.

What’s great about this app is the trust. Also, it is 100% free, so you can choose the app or game that you wish to download and go ahead with the same. Besides that, every app and content comes with an SSL certificate, so you don’t have to worry about any risks of malware or virus.

A lot similar to Trollstore, App Valley is another worthy and high-quality third-party app store we’d recommend you look into if you aren’t able to use the former. From apps to games and even ringtones and emulators, you can find just about anything on this platform and download it for free to your iOS device.

It works on iOS 13 and above, so if your iPhone runs on the older iOS versions, we’d recommend you either update it or you have to look into something else.

Another underrated yet fruitful Trollstore alternative that’s worth the time is Getjar. Featuring millions of apps, games, and other knick-knacks, the platform is no doubt a worthy alternative and an even better third-party app store for your iOS device, without a speck of doubt.

The only downside to this platform is the intrusive ads. They do pop up and affect the usability of the platform, which might not be everyone’s cup of tea. But, overall, the app and game library, paired with the amazing features make this a pretty great third-party app store for an iOS device that you can consider downloading.

If the name wasn’t a giveaway, iOS Heaven contains every last app or game, including mods and tweaked apps that you can directly download to your iPhone without any complaints. The users can either download the apps from their web browser or they can also be saved as IPA Archive for later installation.

It is a web-based app store, which means that you’d have to work either via Safari or another browser that you use on your iPhone.

Last but not the least is Tutu app, which is another 100% free app store that’s not just available for iOS devices but works effortlessly for Android devices too. You can download all the content officially from this platform, making it easier for you to access all your favorite content without needing to pay for it.

You don’t need a jailbroken iOS device for downloading and using this app, which is yet again pretty as well. you can directly download it and then start downloading all the apps your heart desires.

With that, we have sorted all the top Trollstore alternatives that you can consider exploring if the former app isn’t working out for you. What we’d recommend you do is keep a backup of all the data before you download any third-party app store to ensure optimal data safety.