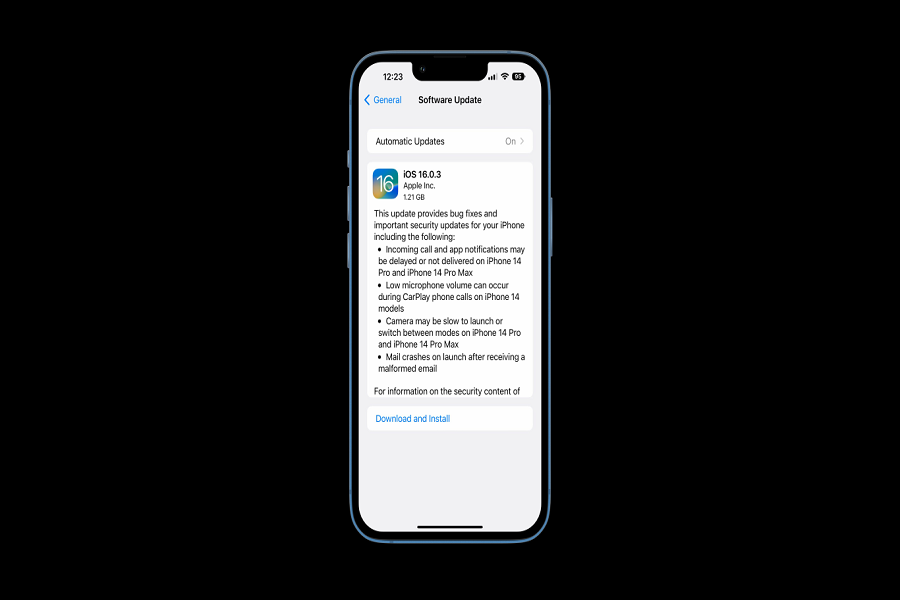 Apple started rolling out iOS 16.0.3 worldwide recently. However, there isn’t something new on iOS 16.0.3, but the update is worthwhile for iPhone 14 Pro and iPhone 14 Pro Max. While trying to download iOS 16.0.3 update, many people are stuck at the software update failed ios 16.0.3 error in the screen.

Since the new update came to fix many bugs for iPhone 14 users, people cannot wait to install IOS 16.0.3. Therefore, here we have the working methods to fix iOS 16.0.3 Update Requested or Software Update failed iOS 16.0.3 error.

Since iOS 16.0.3 comes with a huge size, iPhone should connect to a stable and robust Wifi connection to maintain stability and complete the installation process. Low or unstable internet may stick users to Update Requested iOS 16.0.3, Preparing iOS 16.0.3 Update or Software Update Failed iOS 16.0.3 Error.

Alongside this, the user should ensure that the iPhone has enough storage space to download and install the IOS 16.0.3 update since it comes with around 1GB of space and varies depending on the iPhone model.

Many users suggested that deleting the running iOS 16.0.3 update and re-downloading it again helped many users. So, if you are also stuck on iOS 16.0.3 update request. You can delete the download and try again by heading to Settings app > General > iPhone Storage > iOS 15.7 > Tap Delete Update.

If you tried the above method and it did not work, you have another solution that also worked like a charm for many users struggling to fix the software update failed iOS 16.0.3 error. Hence, you can also try this method to fix it. Go to Settings > General and Shut Down, or you can use the power button and turn the volume up.

Deleting the ongoing iOS 16.0.3 installing file and again starting the download process helps many users to fix the software update failed iOS 16.03 issue. Which method worked for you? Do you know any other solution? Feel free to share with us in the comment section.