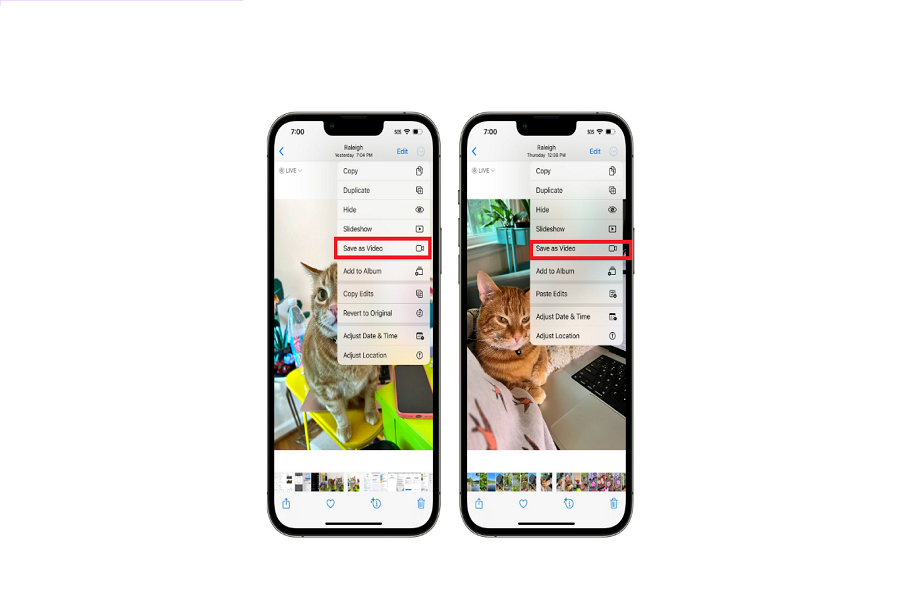 The Live Photos feature of the iPhone has been great for photography lovers since it allows users to capture the image with live events and use them to make the Live Photo as Loop, Bounce, Long Exposure, and Live. Even I use Live Photos a lot to add Long Exposure effect for the moving night light and waterfall. However, sometimes I wish to save Love Photo as a video on iPhone.

Thankfully, iOS 16 has the feature to save Love Photo as Video on iPhone. Hence, it would be easier for the iPhone user to save live photos as Videos and then direct share them with non-iOS users. Because when you share the Live Photo directly with Android users, it will remove the Live Photo effect and show it as the normal image. After installing iOS 16 on iPhone, many users could not find the option to save live photos as videos on iPhone. Hence, we have come to help with the guide.

After getting the live photo as the Video next to that image, you can use the Share button to share that live image as a Video to other users via Whatsapp or other platforms.

Why Can’t I save live photos as a Video on iOS 16?

Go to Photos app > Live Photos section under Albums > Choose the Live Photo > three dots at top > Tap on Save As Video to save Live Photo as Videos in iOS 16 on iPhone. I hope you followed this method and converted Live Photos to Videos on your iPhone. If you need more help, don’t bother to share it with us in the comment box.