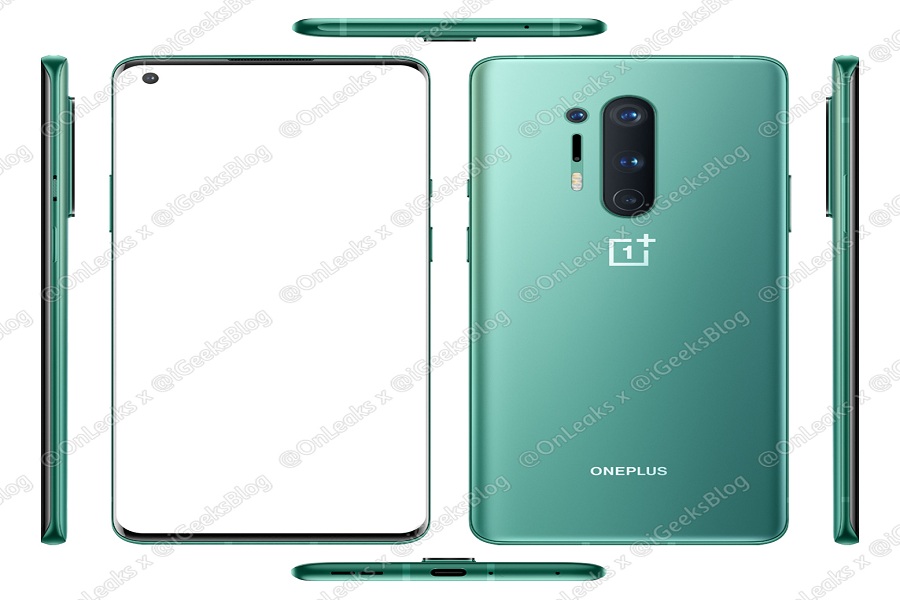 Earlier we gave you the exclusive look of the most rumoured iPhone SE 2 or iPhone 9 from the most trustworthy iGeeksblog and OneLeaks. And now, we are back with another major leak about the upcoming OnePlus 8.

As OnePlus series mostly known for its best performance device at the most affordable price, there are a lot of honest users of the brand waiting for the next OnePlus 8 model. Therefore, we have something exciting to share about the most awaited OnePlus 8 from the popular leaker Steve H McFly.

According the leaked image of OnePlus 8 shared by iGeeksblog and OneLeaks, the next OnePlus models to have the giant 6.78-inch edge-to-edge AMOLED display.

Talking about the OnePlus 8 camera, the leaks suggested that the device will come with four real cameras with the amazing 48-megapixel main camera and another 48-megapixel sensor with an ultra-wide-angle lens. And the device will have an amazing 16-megapixel front camera for stunning selfies. It’s still not sure that what is the use of the 16-megapixel front camera for stunning selfies, but we will get more update soon from the same leaker.

I guess this is the great camera upgrade for all the OnePlus fans who have been waiting for the new OnePlus 8. Cheers to all camera lovers!

OnePlus 8’s processor rumored to have the powerful Qualcomm Snapdragon 865 chipset to make the device smoother and improved the performance of the device.

We will also see improvement in the battery life of the device from 4000 mAh to 4500 mAh battery on OnePlus 8. So we will see the bigger battery on OnePlus 8 with the support of 30W cable charging as well as 30W wireless charging with 3W reverse wireless charging. So it’s the great news for all the gamers as they will get more chances to keep the game playing without tangling with the charging cable.

Well, these all were rumours, but two things are confirmed that’s 5G connectivity and IP68 waterproof rating on the next OnePlus 8.

Are you happy with this OnePlus leak? What’s more, do you think it should be on the next OnePlus phone? If you have anything in your mind to share, please feel free to share it with us in the comment box.