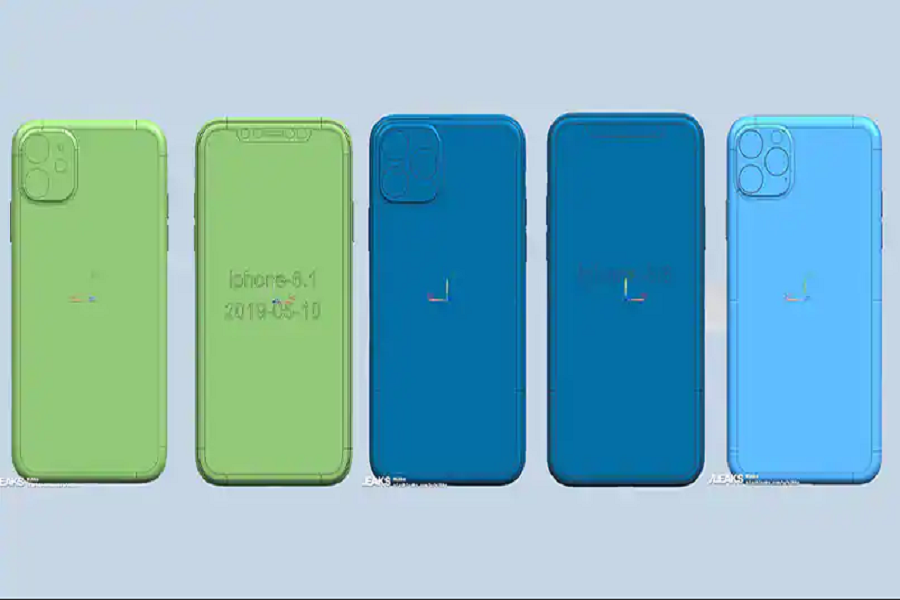 As the next Apple event approaching by, everyone is buzzing about upcoming iPhone 2019 models. Earlier, we have discussed some rumors on new iPhone 11 designs and its USB-C support. But recently, the original CAD renders showcase the final design of the 2019 Apple iPhone device by giving the closer look of the iPhone models (iPhone 11, iPhone 11 Max, & the iPhone 11 R).

According to new CAD render, Apple is now working very hard to give a different design this time as the Leakes showcased all three Apple iPhone 2019 models with square camera bump at the back as everyone is talking. Well, this is the first time that Apple is completely changing the camera design after a decade.

Talking more about the square camera bump look, the latest CAD leak claims that this design will be final for the next iPhone 2019 model with the three different camera lenses on iPhone 11 and iPhone 11 Max. And for iPhone 11R, the company is going to add a dual camera setup in the square bump.

The CAD render has posted a screenshot of the upcoming iPhone models on the Slashleaks which confirms the square camera bump design at the back, but there is nothing confirmed about the front design of the device. So, we can expect the similar notched front design just like the last iPhone model after checking some leaked case images of next iPhone 2019.

The smartphone giant is also working on the camera sensors, which is we may see below that glass panel on the new camera bump. It also rumored that the third camera of the device would sport 12-megapixel super-wide lens with the regular and telephoto lenses. There will also be one change of mute switch from a rectangular left and right button to a rounded up and down one.

There is also exclusive buzz roaming everywhere that new iPhone 11 model may get the on-screen fingerprint sensor to combat Huawei, Oppo. Yes, you heard it right! As we have seen that Apple is working on to release the budget-friendly iPhone for Chinese Market, the globaltimes claims that the structured light laser emitter that it relies on is too expensive to incorporate while keeping the cost of the phone around 5,000 yuan ($731, £577), which is the price that the majority of the Chinese market shop at. Well, it’s still unclear that when Apple will launch the new budget iPhone for the Chinese market.