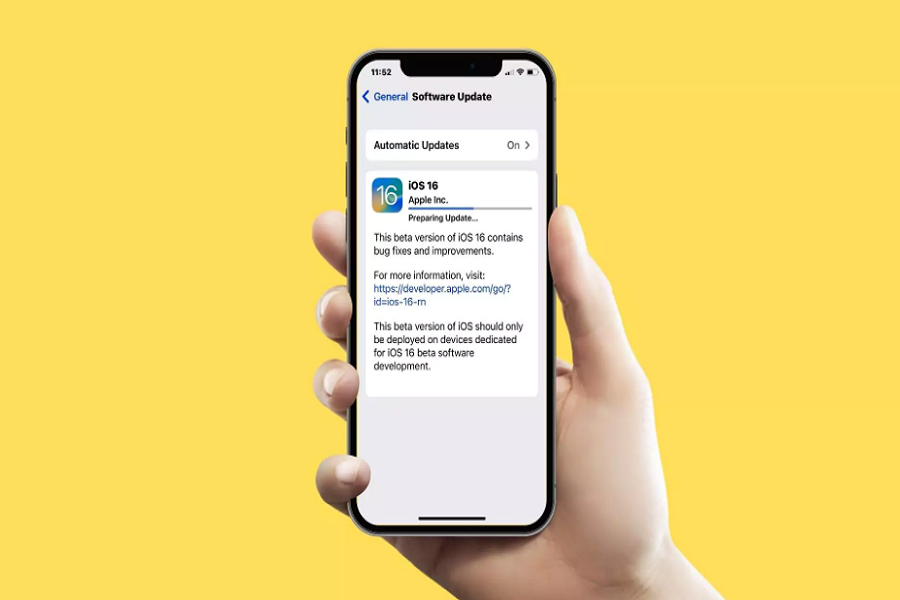 Apple started rolling out iOS 16 update on September 12th for everyone with a supported device. Many users have already installed the update and some users are stuck on iOS 16 Preparing To Update screen. That’s annoying since the users are keen to try new iOS 16 lock screen customisation feature with the depth effect.

Don’t worry, as many other iOS users have faced the same issue since we saw many Tweets about iOS 16 being Stuck on Preparing To Update. Thankfully, we searched for the solution on social media platforms and community pages. Luckily, we have found some methods that worked to get rid of the Preparing to Update iOS 16 issue. With no further ado, let’s check out the solutions.

How to Fix iOS 16 Stuck on Preparing To Update

For me, connecting iPhone to the stable and stronger Wifi network helped to fix iOS 16 preparing to update the issue while installing iOS 16. Because of the low Wifi network, the download took so long time and then the screen started showing iOS 16 Preparing to Update and Update Requested. But when I changed the Wifi connection, everything started going fast. You can also check and change the Wifi network to solve iOS 16 stuck at preparing update issue.

While checking out the working solution on Reddit, we came across the one method that worked for many users: deleting the iOS 16 download file and starting with the beginning. To do that, go to Settings > General > iPhone Storage > Software Update > Delete Update > Tap again Delete Update to confirm. Once you have deleted the iOS 16 download file, you can go to Settings > General > Software Update > Download and Install iOS 16.

As the new iOS 16 update comes with around 3 GB (different from iPhone models), you should also ensure that your iPhone has enough storage to store iOS 16 update size. Once you have started downloading iOS 16, and the device runs out of storage, you may continually see the iOS 16 Preparing To Update screen. Hence, before beginning the download process, you should check for iPhone storage.

Yes, we are also suggesting you to grab a cup of coffee and wait for around half hour. Since the update is major and huge, downloading and installing the full update usually takes time. Once the installation process is done, you may see the new iOS 16 welcome screens.

What to do if iPhone is stuck on preparing update?

You can got to Settings > General > iPhone Storage > Software Update > Delete Update > and again Download.

How long does it take iOS 16 to prepare update?

Usually, iOS 16 takes around 20 to 40 minutes to prepare and download the update.

Why is my iOS 16 update stuck?

Sometime because of unstable internet and low storage can stuck iOS 16 prepare to update error.

Around for 20 to 40 minutes iPhone say preparing update for iOS 16 update.

Connecting to stable Wifi and re-downloading the update file helps many users to fix iOS 16 Preparing To Update screen error on iPhone. Which method worked for you from the above? Do you know any other way to fix the same? Please don’t bother to share with us in the comment box.