Home » How To Fix iOS 16 Lock Screen Widgets Not Showing? 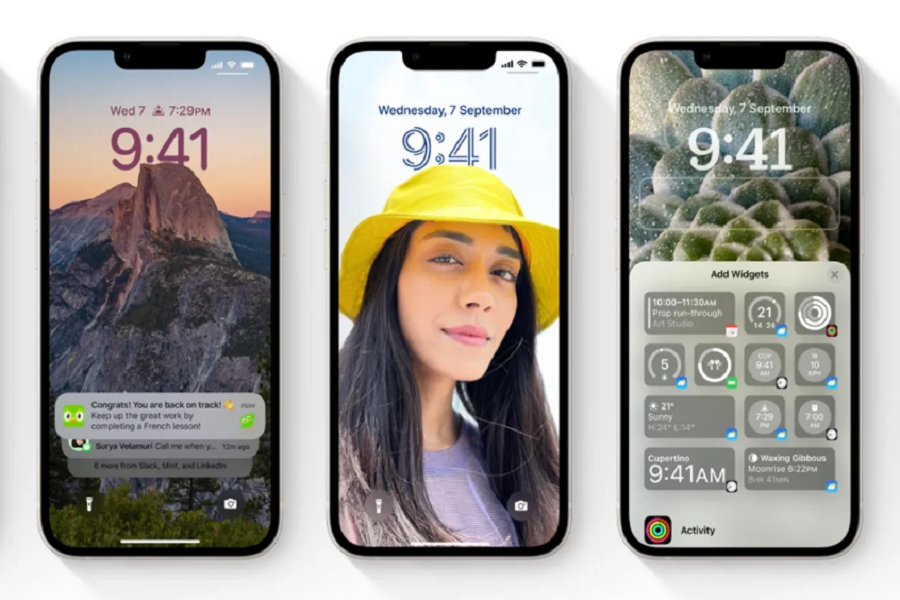 If you have recently updated to the iOS 16 operating system, chances are that you might experience some lingering issues with the lock screen widgets. Given that there are so many different ones in the mix, it isn’t surprising that things might often not work the way they are intended to.

The addition of widgets to the lock screen has come after a lot of anticipation, so it is no doubt one of those features that most iPhone users are excited about.

That said, if you are constantly seeing the message “iOS 16 lock screen widgets not showing”, it indicates an issue with the software, which can be fixed. We will discuss more on that in this article.

Why are the iOS 16 Lock Screen Widgets Showing Error?

Since the inclusion of the lock screen widgets is quite a new feature, it isn’t surprising that users are comprehending how to work through some of the glitches and bug fixes.

One of the primary reasons why the iOS 16 lock screen widgets are malfunctioning is due to the lack of optimization. Most of the third-party widgets that you are working with might not be optimized as they should, leading to the issues you are experiencing.

However, these are temporary issues that can be fixed. So, let us shift our focus to that first.

How to Fix the Lock screen Widgets issues on iOS 16?

Now that you have an idea why the iOS 16 lock screen widgets are malfunctioning, let us shift our focus to the quick fixes. There are quite a few different ones, so let us get them out:

Did you know that one of the most common reasons why your lock screen widgets aren’t showing is due to lagging or slow internet connectivity?

Some of the lock screen widgets on iOS 16 run on the internet, which means that not having access to the internet will lead to it not loading as it should. So, check your internet (be it cellular or Wi-Fi) connection and see if you have good internet speed.

iOS 16 has introduced a plethora of new features, with special emphasis on the lock screen. If you are planning to enhance the visibility of the wallpapers, the depth effect is a standalone feature you will find a lot of benefits with.

Here’s how to disable the depth effect:

And, you are all set. Now, you can apply the lock screen on your iOS 16 device and place the widgets as normal too.

Sometimes, the widget not working on your iOS 16 lock screen could be a temporary glitch. The easiest fix for that is to entirely remove the widget and then re-add it to your lock screen.

Here’s how to do it:

Once done, save the changes and keep an eye out for the future. In most cases, you shouldn’t face any other issues with the widget in the future.

If you are adding a widget that involves a foreign language, it could malfunction with the iOS 16 lock screen functions.

In such cases, you might have to add a new language to ensure that the device recognizes it and you can streamline the use of the widgets on your lock screen as normal. However, ensure that you aren’t changing the primary language in your iPhone. It will end up changing all the settings.

Once done, save the changes you just made and you are good to close the Settings app and see if that helps fix the issue.

This is an old-school fix that works for almost everything when it comes to an electronic device. Sometimes, the widgets malfunctioning on your iOS 16 device could be due to a temporary software glitch.

If that’s the case, restarting the iPhone does a soft boot, allowing you to eliminate that glitch and fix the issues that you were experiencing in the first place.

Lock screen widgets on iOS 16 are sourced from third-party apps that are officially available on the App Store. So, if you are experiencing issues with the same, the one thing we’d recommend you do is to check the status of the app. If you find the app has new updates, install them immediately.

Sometimes, most of these third-party apps and their features have bugs, which are fixed with the relevant updates. So, installing the same should fix the issues you were experiencing in the first place.

iOS 16 has introduced a variety of new and groundbreaking features. There are no two ways about it. However, the software update is also integrated with a lot of software glitches and bugs. This is one of the reasons why Apple has released mini updates with iOS 16.1 and iOS 16.2 following the release of iOS 16.

Currently, Apple is beta testing iOS 16.3 as well. So, if you are experiencing issues with the lock screen widgets on your iPhone, the one thing we’d recommend you do is to check if your device has new iOS 16 updates available or not.

If yes, you need to immediately update your device to the latest iOS 16 version to eliminate the complications for good.

If your lock screen widgets are malfunctioning in your iOS 16 device, we hope this article gives you a complete rundown of all the things you need to know to fix the issue for good. What we’d suggest is identifying what’s the issue and then implementing the relevant fix.