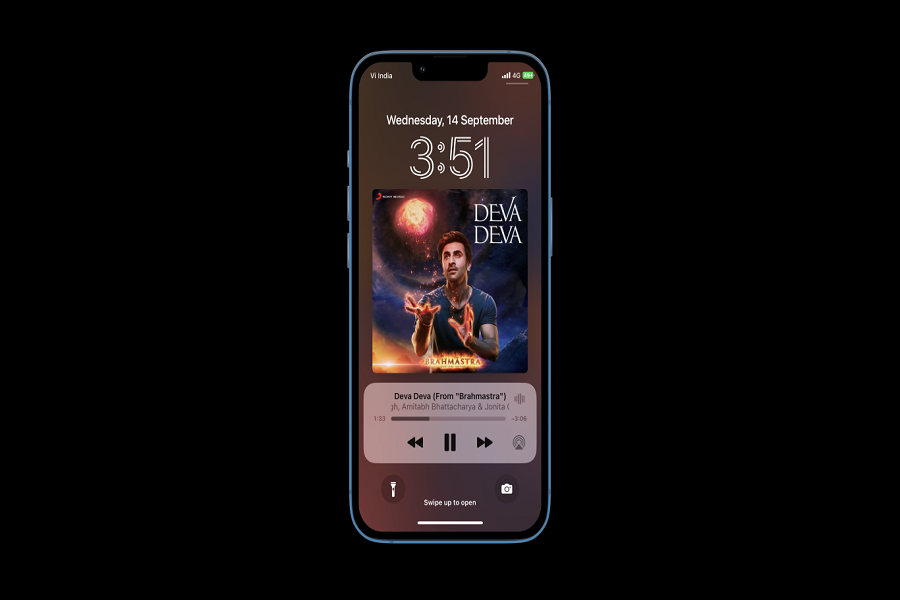 With the release of the iOS 16 update, Apple improved and redesigned many features for iPhone users, especially the lock screen. Alongside creating an aesthetic lock screen design, the new iOS 16 has the feature of showing a music player on the lock screen. Yes, you have heard it right.

Whether you have started playing on Apple Music or Spotify, you can set music on the full-screen lock screen on iOS 16. Imagine playing the list of your favourite songs while the lock screen is on with the song’s background images. It would look so charming since I tried it on my iPhone.

After installing iOS 16 on my iPhone, getting a music player on the lock screen on iOS 16 is another aesthetic feature that many users liked.

How To Get iOS 16 Apple Music On Lock Screen

To get the Apple Music player on the IOS 16 lock screen, you should start the play button to start the song. Once the song starts playing, lock the screen of the device and then tap on the small banner image of the song from the bottom of the lock screen. Now you will see the music playing on the device’s lock screen with a huge image.

How To Get iOS 16 Spotify On Lock Screen

Why is the 16 music lock screen not working?

Was this article helpful to you? Are you enjoying music on the lock screen of iOS 16? Did you like this feature? Need more tips regarding the same? Don’t bother to ask in the comment box.

How to collaborate on projects using messages in iOS 16
How to downgrade from iOS 16 without a computer?
Comment