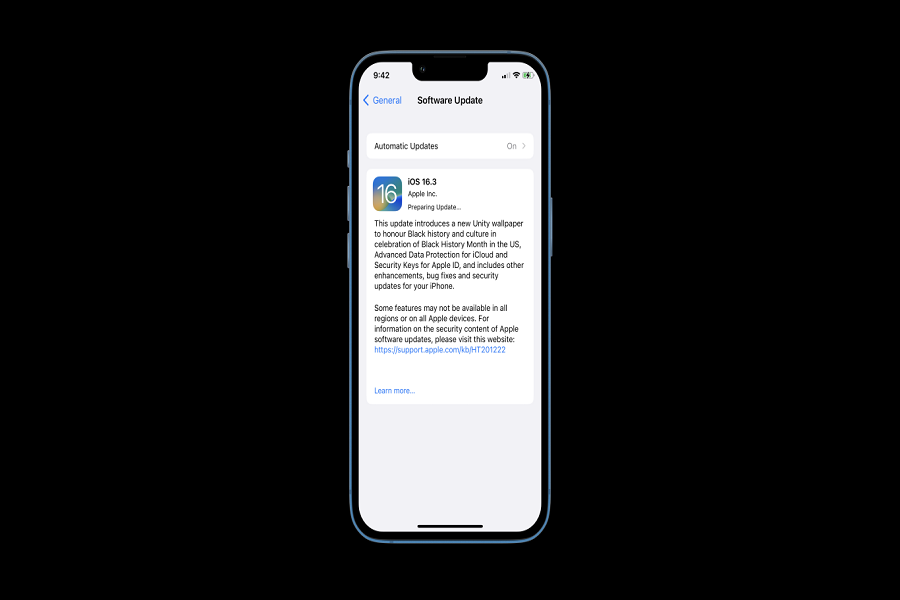 The latest iOS 16.3 update is here with new physical security key, advance data protection, emergency SOS, and more useful features. Sadly some geeks are experiencing iOS 16.3 preparing update issue. While downloading iOS 16.3, it may be possible that you stuck at preparing to update issue.

If you’re experiencing issues with your iPhone or iPad getting stuck on the “iOS 16.3 Preparing Update” screen while trying to install the latest version of iOS, you’re not alone. This problem can be caused by a number of factors, including a slow internet connection, insufficient storage space, or a software glitch. However, we have found some working methods to get rid of this issue as soon as possible.

How To Fix iOS 16.3 Stuck On Preparing Update

Another common cause of the “Preparing to Update” error is a poor internet connection. Make sure you have a strong and stable connection before attempting to update your device. You can check your connection by opening a website in Safari or by trying to stream a video. If you’re having trouble connecting, try resetting your router or moving closer to your Wi-Fi source.

If your device doesn’t have enough free space, it may not be able to download and install the update. You can check how much space you have available by going to Settings > General > iPhone Storage. If you’re running low on space, you can try deleting some apps or photos to free up some space.

If you’re still having trouble getting your device to update, you can try using iTunes to update it instead. To do this, connect your device to your computer, open iTunes, and click on the “Check for Update” button. If an update is available, it will be downloaded and installed on your device.

In this article, we have discussed several steps to fix the “iOS 16.3 Stuck on Preparing to Update” error. We hope that one of these methods has helped you successfully update your device. If you continue to have trouble, contact Apple support for further assistance.

Sniffies app on iOS 16 or iOS 15: Can I Download on iPhone?
IOS 16.3 New Features From Physical Security Key To Emergency SOS
Comment