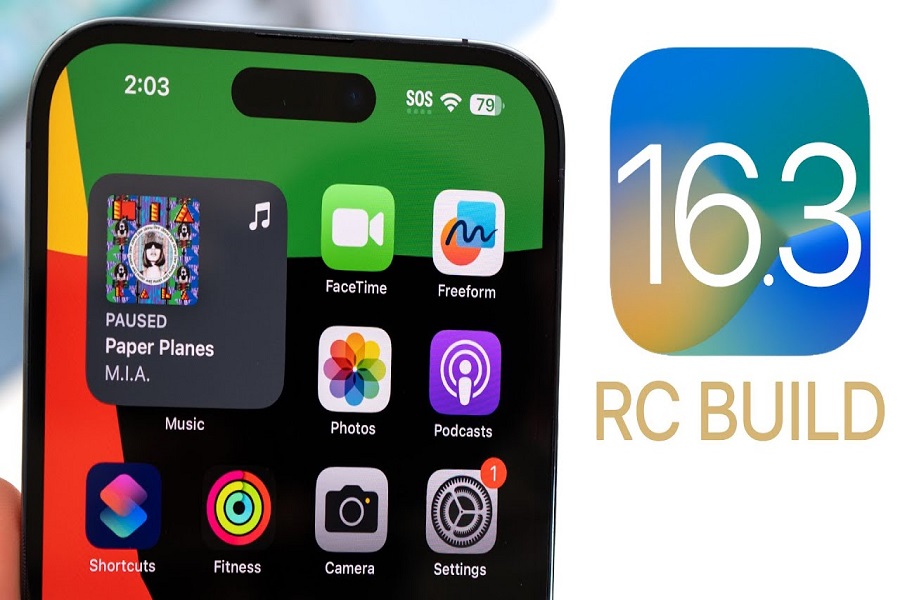 In the meantime, Apple was all set to upgrade their software with iOS 16.3, furthering on their beta testing grounds. The developer beta of iOS 16.3 is already available, meaning that the public beta isn’t far away.

If you are awaiting the release of this new iOS version, you’d be elated to know that Apple has already released the iOS 16.3 RC (release candidate) version and this article will discuss its features and download process.

According to the latest reports, the official version of the iOS 16.3 update is going to be released on January 23, 2023.

Besides that, Apple also confirmed that the Unity wallpaper, which has created a rave online, will be released with the new iOS 16.3 next week.

Following the release of the first beta, iOS 16.3 is currently available to developers for testing and analysis purposes. If you are a registered developer with Apple’s beta program, you can download iOS 16.3 and test it out.

The iOS 16.3 RC version is already available as part of the public beta before Apple finally releases the official version of the software update next week on January 23, 2023.

Apple had previously announced that they plan on introducing a series of new updates with the iOS 16.X versions. With iOS 16.1 and 16.2 releasing a barrage of new and interesting features, it isn’t surprising that iOS 16.3 will pack in a few new features too.

So, let us familiarize you with all the features you will be getting with iOS 16.3:

Handoff features – Although much hasn’t been divulged around this feature, it is believed that it will introduce handoff features between iPhone and Homepod.

These are a handful of the limited features that have been leaked and rumored before the release. However, with Apple being quite consistent with their feature updates, we can very well hope for a set of new features with iOS 16.3.

iOS 16.3 RC is currently available in the beta version and the official version is rumored to be released on January 23, 2023. If you want to download the public beta version, follow the steps as mentioned:

One thing that we’d highly recommend is to always use a spare iOS device for testing out these features and software update beta. You don’t want to use your primary iPhone because you never know what kind of bugs or software glitches they have. We hope this article gives you all the insights you need to know about the iOS 16.3 RC beta release.