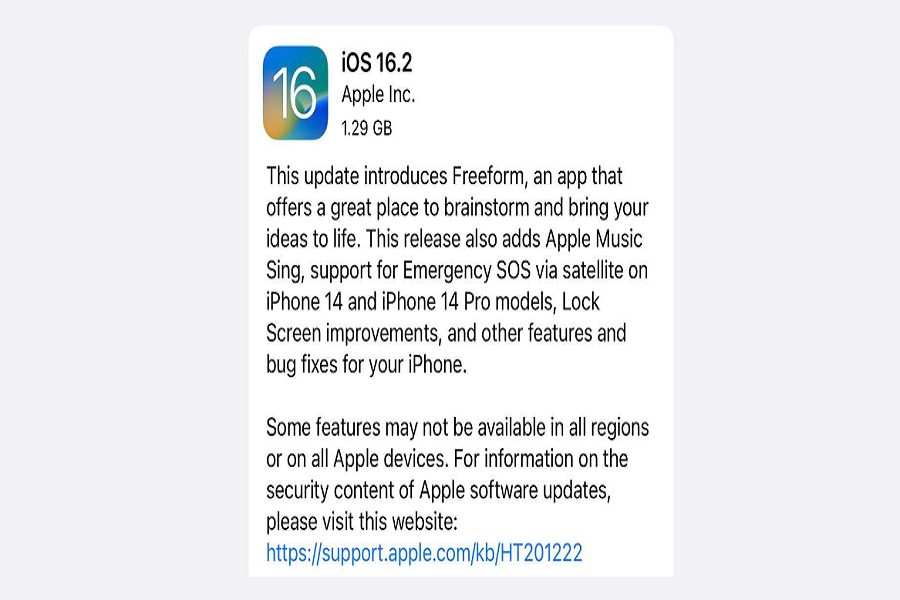 IOS 16.2 has finally rolled out, and it is said to be an important update with almost 35 new features and improvements, including security patches and bug fixes. After the iOS 16 update, iOS 16.2 can be said to be the new and improved version giving its users the features that were really needed. Talking about iOS 16.2, it has not yet reported any major bug issues that would actually create problems on your iPhone devices. Although there were some users who might have come across some issues while using their devices.

After the update of iOS 16.2, it can be said that it is bug free but far from perfect as it is still yet to solve the bug issues that were carried out from the iOS 16 software update. There were some minor bugs or issues that some of the users encountered while using their iPhone devices. Here is the list of complaints from the users who have updated their devices to iOS 16.2.

There was a bug reported by many users regarding location service, that it was enabled and their device continued to use the location service even after closing the application. In fact, it was also reported that the systems services also remained on even when the device was not in use. Seeing that location service and system services were always turned on even without a reason, it is understandable that it uses a lot of battery life.

“after updating to iOS 16.2 my phone won’t stop using location services, is this a bug? Kills the battery.”

When you take a screenshot from the live video, the iPhone display would go blank and then you have to close the app and restart it again. the second bug with blank screen that was reported was that when you open camera from the lock screen by swiping left, you would get a blank screen.

“homekit bug with iOS 16.2: taking a screenshot of live video from a HK camera now just shows a black screen.”

After iOS 16.2 whenever you use the apple music app for listening to music, in the middle it would freeze completely. After restarting the application when you again start playing the song, the Apple Music app would start crashing.

“apple music bug after iOS 16.2: the screen just froze without reason and show liked this I restarted the app then it was crashing.”

Users took to Twitter to convey their worries regarding Wi-Fi connectivity. It was reported that Wi-Fi did not disable even after turning it off manually. In order to disable Wi-Fi, you need to put your device in airplane mode for a few seconds or restart the device just to disable the Wi-Fi toggle.

“even the iOS 16.2 has some bugs, I found this one, Wi-Fi is not turning off but after turning airplane mode on and off then its working fine.”

Users across the world have been reporting that weather app which is not working properly. It is still not confirmed that is that it is due to a bug or there is issue with the application.

When talking about battery life, it seems like it is getting stable and is not as bad as it was when iOS 16 came along. IOS 16.2 is definitely better than the previous version of iOS 16 in terms of battery life.As far as theperformance goes for iOS 16.2 you mightnotice a minor bump in performanceespecially if you had some of the bugs. iOS 16.2 feels so much better, smoother, and faster than iOS 16.1 or iOS 16.1.2.

That’s it, folks! Let us know if you have come across any bugs or issues after updating your device to iOS 16.2 in the comment section down below.