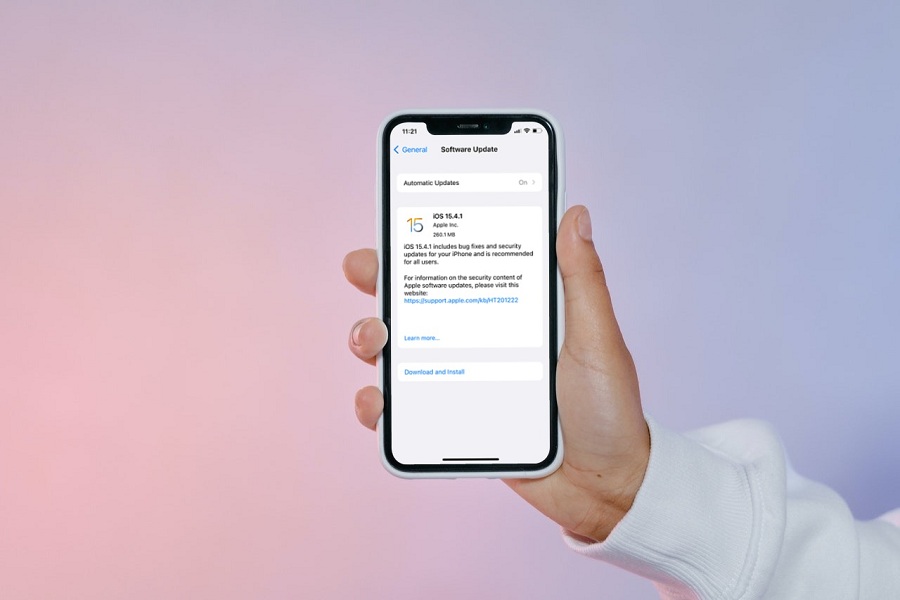 Apple has now released iOS 15.4.1. This update from Apple may have a significant influence on the performance of your iPhone. The iOS 15.4.1 update is a minor point upgrade that includes a number of key bug fixes as well as a security patch. This is a fairly particular release, with bugs to resolve. First and foremost, it’s meant to address the one most essential issue with every phone: Battery Life.

Confused about updating your iPhone?  If you’re on the fence about upgrading to iOS 15.4.1, let us guide you through the greatest reasons to do so right now, as well as the best reasons to stick with your current version of iOS for a little longer.

Several bug patches for iOS 15 issues are included in iOS 15.4.1. The iOS 15.4.1 update may address issues such as faulty Wi-Fi connectivity, UI latency, Bluetooth difficulties, unexpected reboots, lockups, and freezes, as well as other issues with third-party apps. There’s also a repair for battery drain, a fix for braille devices being unresponsive while scrolling text or showing an alert, and a fix for Made for iPhone hearing devices losing connection within select third-party apps.

One new security patch is included in iOS 15.4.1.  It will assist in the protection of your phone from injury. With kernel privileges, a programme may be able to run arbitrary code. According to reports, this vulnerability has been actively exploited.

Apple’s new Tap to Pay functionality was added to iOS 15.4.1. If you’re not aware with the feature, it allows anybody with an iPhone XS or newer to make purchases by merely touching a contactless credit or debit card on the screen. There is no need for any additional gear. The function is compatible with American Express, Discover, Mastercard, and Visa credit cards.

iOS 15.4.1 has the potential to cause issues, which is likely the last thing you want to deal with. There’s a strong chance iOS 15.4.1 will operate correctly on your iPhone, but the update takes a long time to install, and there’s always the possibility that something may go wrong.

Apple’s new software has a lot to appreciate about it, but it’s causing issues for some iPhone owners. If you’re concerned that the update may degrade the performance of your iPhone, you should wait.

If any of these issues worry you, you should wait until we have more details relating iOS 15.4.1 and its performance.

Like every coin has two sides, similarly this decision of updating also has its pro and cons. If you are taking our advice, then I would suggest that you should update your iPhone to iOS 15.4.1. there might be performance issue but it is definitely solving many of the bugs that were caused because of the last update.

Are iPhones Really Worth the Money?
What Does The Moon Mean on iPhone?
Comment