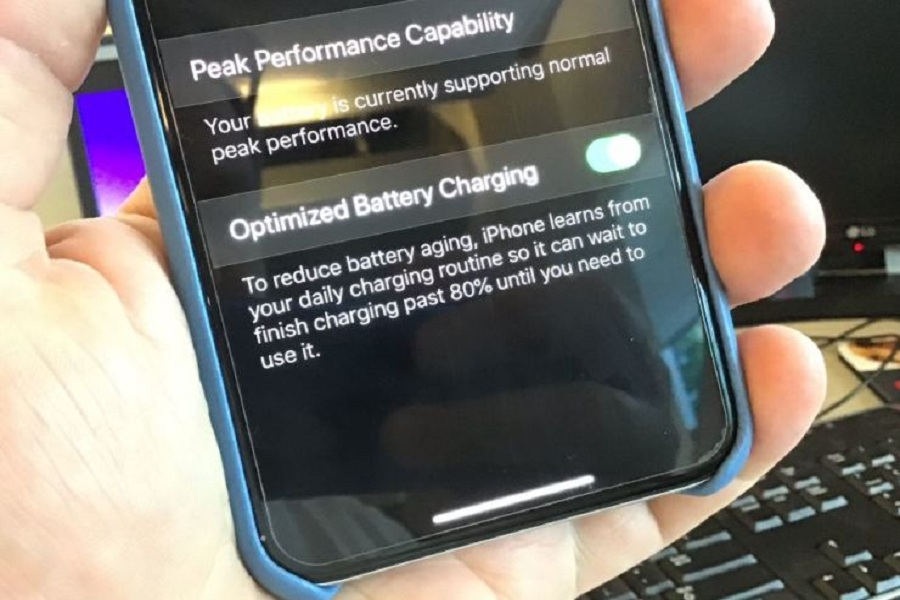 Apple’s new iPhone OS – iOS 13, includes a feature that caters the function to improve your iPhone’s battery life. The iOS 13’s new feature is called “optimized battery charging,” that has been seen the iOS 13 developer beta. You can get this feature on your iPhone once the final update of iOS 13 gets released in September or fall this year. But Apple has already said that it will release iOS 13 public beta in July so, if you are too temp to try this feature and some amazing other features of iOS 13 such as Dark mode, and many more than either you should wait for iOS beta 2 that may release in next week or you can install iOS 13 IPSW. If you have got iOS 13 beta on your iPhone then, under battery settings, you could find this feature. When you open it in the settings then you will find that “Optimized Battery Charging” is turned on by default that means you do not need to turn it on.

Apple was highly criticized when there were rumors that Apple slows down older iPhone models that were resulting in draining the iPhone’s battery even more quickly. So, they launched a battery replacement program. And it also added an option that allows you to check if your iPhone’s battery is performing at maximum capacity. If it is not running up to mark then you can replace your battery from Apple. But recently Apple has come to an agreement that it will inform users if the new iOS update will slow down their iPhones and if it will drain the battery.

So, with the new iOS 13 build, Apple brought a built-in feature that will save the battery you’re your iOS device. Though there is a feature called “Low Power Mode” which helps to the optimized battery but it will stop some functions of the phone in order to save battery. But this new feature is an advance and Apple’s iOS 13 website explains what it does:

This new “Optimized battery charging” feature helps to reduce battery aging by reducing the time your iPhone spends fully charged. Now iPhone will learn from your daily routine of your charging so it could wait to finish charging after it is charged up to 80% until you need to use it.

It also states that the lithium-ion batteries of your iPhone can charge up to 80 percent very quickly. The rest 20 % uses a “trickle charge” that “helps the electrical current to extend battery lifespan. But, while your iPhone is charging, this trickle charge continues to flow in to keep the battery fully charged. Which can have side effects on your battery and it can be drained very easily.

So, Apple’s “optimized battery charging” will prevent your iPhone from charging up to 100 %, and it will turn on the trickle charge until you need to use it. So, according to your routine you if you plug out your iPhone at 6 in the morning, then, it will charge the remaining 20% before that.

Unlike earlier, your iPhone won’t be getting unnecessary electricity flowed in. So this new feature will prevent your battery from aging and you can use your iPhone at its best performance that too with maximum battery capacity.

Gift Your Dad Apple Watch on This Father’s Day at a Great Discount
When Apple is releasing iOS 13 beta 2?
Comment