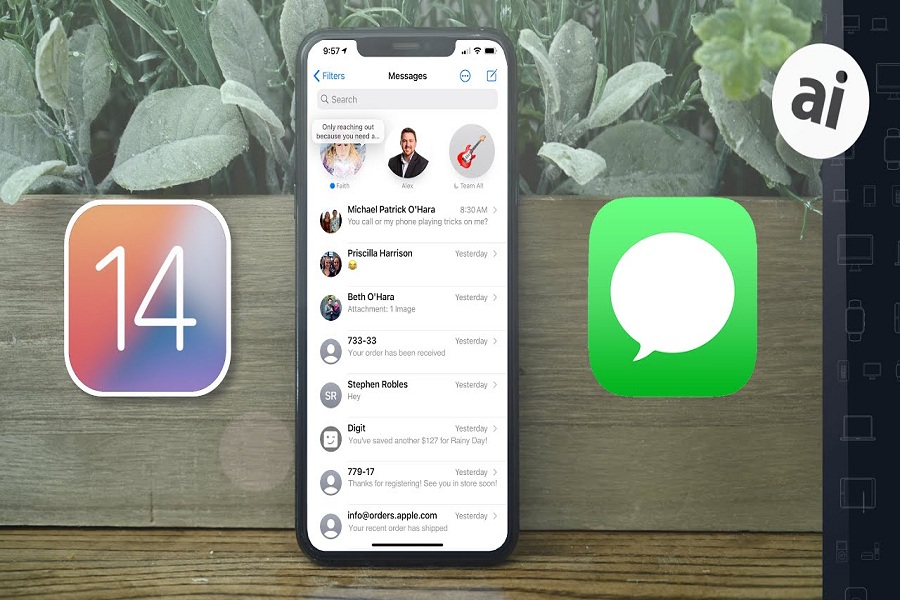 It seems like Apple has created the best iOS 14 with the amazing new feature to improve the performance of the iPhone. From the new Home Screen to New Messages App features, Apple has done great by adding some great feature to iOS 14. Among all, they have completely upgraded the messages app for the iOS device.

From pining conversation to tagging people in group chat, you can do a lot now in messages app in your iPhone with new iOS 14. Since the release new messages upgrade in iOS 14 for message app, many users who have installed iOS 14 are wondering how to use new group chat in iOS 14 on iPhone. Without wasting much time, let’s get on the guide on how to do it!

How to Use Group Chat Feature in iOS 14 on iPhone

Note: Before you begin to the process, make sure that you already have installed iOS 14 beta on your iPhone.

As we know that grout chat interface has been changed in iOS 14, so you will need to follow some new steps to create a group chat. So, at the top of the conversation screen, can see all the members of the group at the top and most active or recent active once in the larger icon.

Now to start the new conversation, you need to tap the pen icon at the top right of the Messages screen. Here it would help if you typed in the name of the person you want to start a group chat with and then you can get writer message in the text field and then hit the send button.

How to Change Group Picture or Set Emoji in Messages App

Now you can also set a custom image in your group picture.

Step #1: So you need to open the conversation and the tap on the group icon at the top and tap the small info icon.

Step #3: Now, you can set a photo, Memoji, or emoji as the group icon.

Step #4: Now to tap on done to change the group picture.

The messages app in ioS 14 also let you reply directly to a specific message as an inline reply.

To do that, hold down on the specific message within the group chat and tap reply. So you need to type your reply and send it. Now it will show as a thread rather than another message with the entire conversation. This will help you keep all the things in an organized way. To view a particular message thread, just tap on it to expand.

How to Tag People in Group Chat in iPhone Messages

Just like Whatsapp and instagram, you can also tag people in a group chat on iPhone’s messages app. So just type their name in the message input field, and you will get some suggestions in pop up. Then you can tap in to mention them and finish writing. In the end, send it and all done.

Furthermore, there iOS 14 also added some new Memojis stickers which you can send, namely a hug, a fist bump, and a blush. It will be more expressive than earlier. You can also pin your favourite conversation to send messages to important once quickly.

Hope you enjoyed the guide and now have the proper idea about how to use group chat in iOS 14. Along with the new messages app, iOS 14 is full of more new features on iOS 14. If you are struggling with any other guide, then feel free to ask us in the comment section.