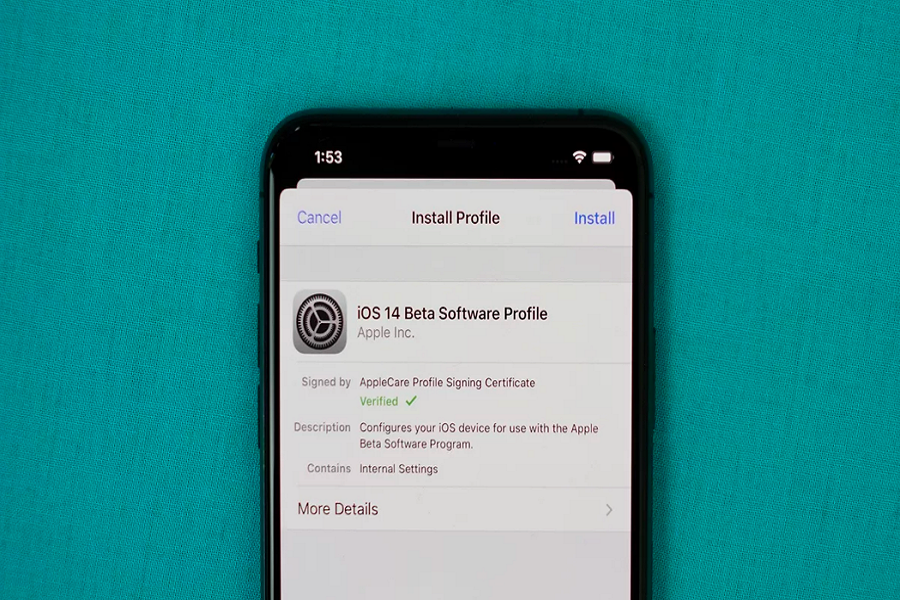 There is no doubt that Apple’s latest iOS 14 is full of the new and amazing features that everyone would be wondering about testing the new iOS 14 on their device. It’s been a few days since Apple has released iOS 14 at the WWDC online event on Monday, since then every iPhone user has been looking for the way to download iOS 14 on iPhone.

We know that Apple has made the iOS 14 compatible with iPhone 6 and later device. Hence, the iPhone 7 and iPhone 7 Plus also supports iOS 14. But the thing is it’s still in beta form. So, many possibilities of a bug in the new iOS. But you don’t have to worry as this new iOS 14 is not like iOS 13 beta, which had dozens of bugs at launch. You won’t regret installing iOS 14. Without further ado, let’s get on the guide to install iOS 14 beta 2 on iPhone 7 and 7 Plus.

Step #1: First of all, open Safari on your iPhone and go to the Developer.apple.com.

Here you will also get a popup on the screen, saying that the website is trying to open Settings to show a configuration profile. Tap on Allow and then Close to get the download started.

Step #4: Now head over to the Settings app → Profile Downloaded. Then tap Install and enter your passcode.

Step #6: Now, the final step is to tap on Restart to apply the necessary changes to your device.

After finishing the above six steps, the new iOS 14 beta will be downloaded on your iPhone. And then, you will have to install iOS 14 developer beta 1 on your iPhone, which you can do it with the easy below steps.

Step #7: Now, you need to open the Settings app on your iPhone.

Step #9: Here, the iOS 14 beta profile would be waiting for you. Tap on Download and Install. Enter your phone Passcode.

Step #10: Now, the installation process will start. You will be able to see the progress bar on the screen. Could you wait for some time to get it done?

Step #11: Once your device has restarted, you will have to tap Continue and then enter Passcode.

Step #12: Now wait for some time to let the iCloud setting update and lastly hit the Get Started.

Once you go through all the 12 steps from the above guide, you will get the latest iOS 14 update on your iPhone 7 and iPhone 7 Plus. Since there are the chances of bugs and glitches, we suggest you install the beta only on your secondary device to test it. There is no news from Apple about the iOS 14 Public Beta, but it’s expected in the second week of July. If you don’t want to take a risk and need a better version of iOS 14, you can wait for the public beta iOS 14.