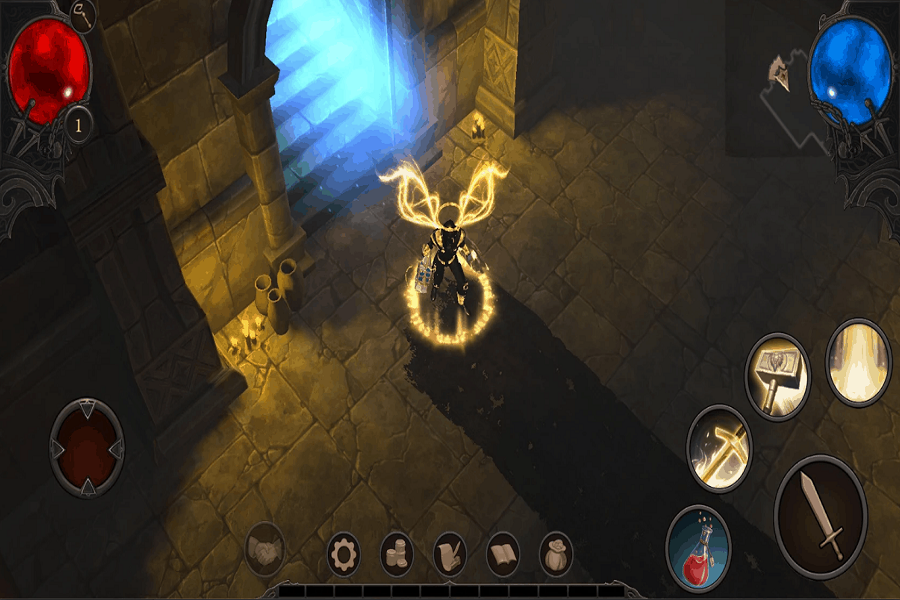 People are finding it hard to look for the best Diablo Immortal like games for iOS. Fantasy games aren’t going away anytime soon, so if you are a big fan of Diablo Immortal and want to enjoy similar games, you are in the right place. Blizzard Entertainment’s popular game has taken over the world and if you are looking for similar games for your iOS device, we have some good news for you.

Since iOS has restrictions with the games that work on their platform, finding games that are like Diablo Immortal can be a little challenging.

Don’t worry though because we have managed to sort out some of the absolute best options that we think are worth a try.

If you are looking for a game that looks like Diablo Immortal, Crashlands isn’t the one. These two games don’t look anything alike but the good news is that they feel a lot similar.

What’s great about these two is the availability of similar graphics, funny humor, survival mode in the game, and fun crafting choices too. If these factors make you want to indulge in the game in real time, we’d recommend giving this a go.

Another premium-quality iOS game that’s similar to Diablo Immortal is Eternium. The game design is very same and some of the characters align well as well. So, when playing Eternium, it more or less feels like you are playing Diablo Immortal, which is most definitely fun.

Moreover, the game offers endless generated levels, which improves the replayability of the game. Also, since this is an indie game, you get access to a lot of unique features that are available otherwise.

As daunting as the name of this game is, Grimvalor is another premium game priced at $6.99 that you can play on your iOS device. The dark fantasy world and gameplay in this game are a lot similar to what you will find and experience in Diablo Immortal.

When it comes to the visuals and the feel of the game, it has a lot of similarities with Castlevania and Diablo Immortal combined, which is always fun.

Now, before you get confused about why we are recommending a tablet game, this one deserves special mention. The game will cost you $9.99 but bring you pretty similar vibes and gameplay to Diablo Immortal, making this an extremely fun game to indulge in.

The animation in the game is very promising and brings your interactivity to a completely another level, which is always fun.

Similar to Diablo Immortal, Hero Siege is another popular and functional game that you can play on your iOS device without any compromise. The RPG elements in this game are quite amazing, meaning that you can make the most out of the randomly generated levels in the game.

What’s great in the game is the diversity. From the enemies to the landscapes, you get to explore a variety like no other.

Next up on the list of games similar to Diablo Immortal is Bladebound. Besides stunning graphics, the RPG elements in the game are quite promising, especially when it comes to playability. However, the story is quite bland, so that’s something you have to settle for.

If you have finished playing Diablo Immortal and want to switch to something else, Bladebound is a pretty great alternative.

If you enjoy vintage and retro RPG games, Almora Darkosen is a pretty great option to explore. A lot similar to Diablo Immortal, the game brings you access to a variety of quests and interesting storylines that will keep you engaged.

Besides the free version, the game comes with a premium version, which is quite fun and unique, something you won’t regret indulging in.

Although a slightly expensive game for iOS, Titan Quest holds a lot of similarities with Diablo Immortal. The expansion and quests in the game include 100+ hours of gameplay, which should keep you hooked from the get-go.

What’s great about the RPG game is that it brings you access to a variety of gaming elements that are a lot similar to Diablo Immortal.

Diablo Immortal is one of the best games available on the internet right now. So, if you are looking for similar games, we hope this article gives you an idea of some of the best ones worth exploring. Almost all of them are RPG games, a lot similar to Diablo’s gameplay.