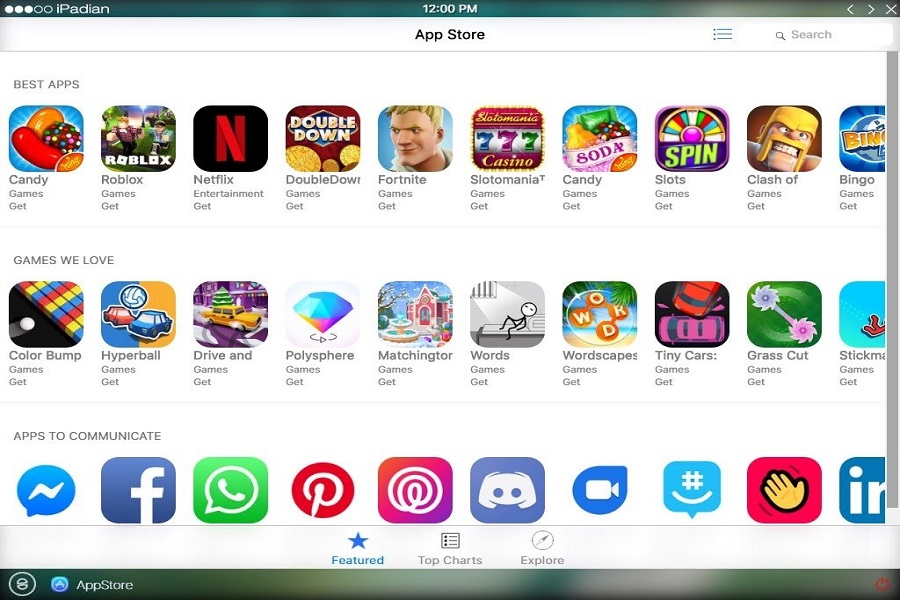 iPadian is known as an emulator but it is actually more than that, we cannot restrict iPadian which is an open – source program and a tool to just being called an emulator. In reality, it is an iOS simulator. There is a vast difference between emulators and simulators. Here iPadian brings an iOS simulator means that it will give you the looks and graphical view of an iPad, but it will not give you the experience of the use of iOS applications. It will simply allow you to get an experience of what actually it is like to use iOS devices.

iPadian is a software tool that will allow your Windows PC to use an iOS theme. It also allows you to run the applications of iPad and iPhone on your computer. iPadian is made in such a way that it will completely transform your Windows into an Apple device just by giving its looks and visuals that of an iOS device. It is a simulator that will allow users to test applications and play iOS games directly on the computer. Even if you didn’t work with Apple’s system yet, don’t be afraid, this software is pretty easy to use, it has a user – friendly interface and you can customize it as per your choice.

Yes! iPadian is absolutely free to download for Windows XP and later including Windows 7, Windows 8, and Windows 10 as well as Mac and Linux operating systems. But in order to download iPadian you must first get Adobe Air installed on your PC and only after that you will be able to download and install iPadian on your computer. Currently, iPadian 10.1 is available in the market free of cost to download. You can also get the licensed version which starts at $25 only.

What are the basic features of iPadian?

It is a standalone Adobe Air software application. It will give you a full – screen preview and has a custom App store which is in – built. You will be able to play games, listen to music and watch videos free of cost. You will also get Webkit along with this simulator. It will give you support for Facebook notifications and messages, and you will also be able to social chat on this simulator with other apps such as Spotify, Tiktok, WhatsApp, Crossy road, Instagram, etc. One thing to note is that you will require the Adobe flash player in order to download, install and use iPadian.

In order to install iPadian you will require Windows operating system, RAM should be 512 MB, you should have disk space of at least 50 MB, and supported CPU should be Intel or AMD.

How To Use Pokemon Go Spoofer on iOS?
iOS 16.1.1 bugs and issues
Comment