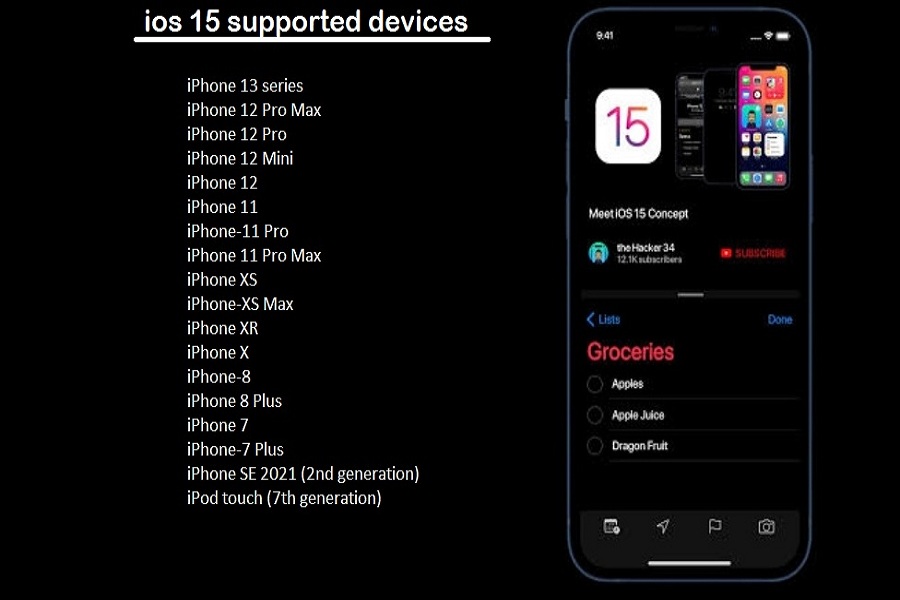 iOS 15 compatible device list is not big as Apple isolates older iPhone 6S and 6S Plus models. The company has officially announced the release of the upcoming iOS 15.

The new iOS 15 will bring some new features like the previous iOS 14. Since iOS 14 is considered the best iOS update from Apple, people are hoping for more great features on iOS 15 update.

The beta version of iOS 15 will release in June at WWDC this year, along with tvOS, watchOS, iPadOS beta. With the iOS 15 update, Apple will add new features like default app change, FaceTime conference mode; Face ID unlock wearing a mask, always-on-display, and many.

Which device do you have? Are you excited to test the new iOS 15 beta on your device? For which feature are you excited for? If you have anything to share about the upcoming iOS 15, please feel free to share with us through the comment box.