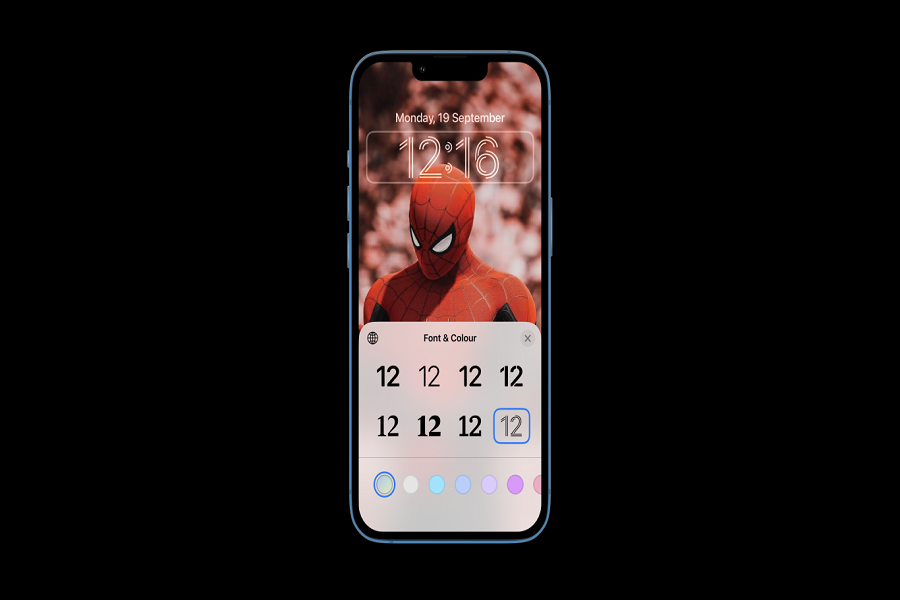 Of course, lock screen customization is the most prominent and everyone’s favorite feature of iOS 16. Users can simply long press the lock screen and tap Customize to start creating an aesthetic lock screen design. However, I am not a fan of the default time font on the iOS 16 lock screen. Hence, many iPhone users need to change the font after iOS 16.

After you have gone through the above steps, you will have the new time font on the iOS 16 lock screen. When you are on the Font & Colour section, you will also see the slider to adjust or create the font color according to the wallpaper and your wish.

I hope you followed the guide carefully and created the new stylish font on the iOS 16 lock screen to make it wallpaper friendly.

A quick way to change time font on iOS 16

Tap the Customize button at the bottom. Tap the Clock. Select one of the listed font options from the Font & Clock dialog box to change the iOS 16 lock screen font style and color on the iPhone.

How to change the font on iPhone Lock Screen?

With the above steps help, you can change the font on your iPhone’s lock screen running iOS 16.

How to change the Lock Screen on iPhone iOS 16?

Tap the Customize button at the bottom of the screen, and then you can start editing the lock screen.

How to change the time font size for iOS 16?

Tap the Customize button at the bottom. Tap the Clock. Select one of the listed font options from the Font & Clock dialog box.

Can you customize Apple Lock Screen?

Yes, you can also customize the Apple lock screen.