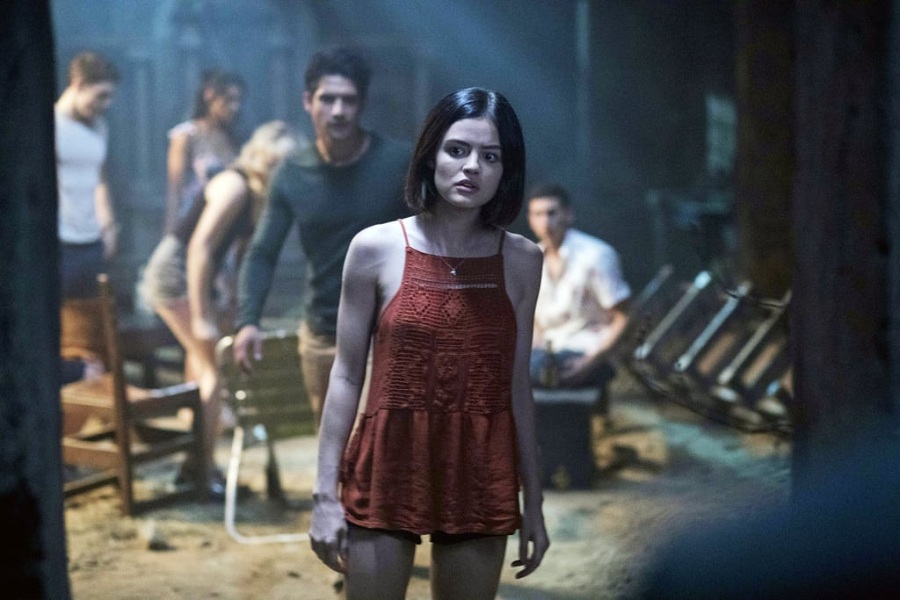 Fall is almost on the head and one of the most exciting things of the season is Halloween. Halloween is the perfect holiday with pumpkins and some spooky and scary movies to watch with your friends. Well, Halloween parties are super fun and they should never be missed to get in the mood ahead of the Halloween with some scary movies is a good start. When it comes to the best horror movies in 2019, Netflix has a lot of content. So here are some of the best scary movies on Netflix in 2019 that are must-watch for this Halloween.

1922 is a great novel by Stephen King in the horror genre. The movie is based on the novel that follows a man who comes at a hotel in Omaha Nebraska to give confession in writing about a crime that he has committed in the year on his farm. The film follows James through that year in his life as he fights with his wife Arlette over what to do with newly inherited land. When our let raises the possibility of divorce Wilfred convinces his son to assist in the only remaining plan, murder. The slow-paced crawl of realistic horror is perfect for setting the Halloween mood.

Henry Sellick directed Coraline is a pitch-perfect adaptation of the Neil Gaiman classic. The film follows Coraline Jones, an adventurous eleven-year-old girl who is forced to move into a new home. When she is exploring her new house she finds a secret door that leads to a parallel universe, one where her mother and father have all the time in the world for her. While this idealized place seems perfect at first glance it quickly becomes obvious that something much more sinister is going on.

Gerald’s Game is one of the best movies for the Halloween that is based on the novel of the same name. The film tells the story of a couple, Gerald and his wife Jessie, who are seeking out an isolated lake house in Alabama to work on their failing relationship. While engaged in some light bondage, the couple engages into an argument about their marriage life then Gerald suffers a heart stroke and he falls dead on the floor of the remote lake house leaving Jessie alone and handcuffed to a bed helpless. She is without food, water, any sight of help, and how she deals with the situation is the rest of the story.

Creep 2 follows a young documentarian named Sarah who directs a web series where she meets people with odd friendship requests on Craigslist. Sarah plans to end the show with one final episode, where she documents a man’s life for a day in exchange for $1,000. When she arrives at the house to film her final episode, the man reveals himself as Aaron a serial killer responsible for the death of 39 people, although, nervous Sarah accepts the man’s request to film a day in his life.

As a horror-comedy, Tucker and Dale vs. Evil might be the least haunting film on this list but considering the amount of gore and blood in this film, “Tucker and Dale” delivers in giving audiences a bloody good time. The film follows two well meeting Hillbillies who recently purchased a lakefront cabin together in the woods. When a group of college students going camping believe Tucker and Dale have kidnapped one of their friends, their attempts to rescue her turn the night into a bloody mess.

When Roger and Carolyn move into a New England farmhouse with their five daughters and dog, they begin to experience paranormal activity throughout the house. As the haunting continues they contact demonologists and paranormal investigators Edie and Lorraine Wilson, who have recently attracted headlines after investigating the Annabelle doll. Together, they attempt to investigate what’s causing the haunting in Harrisville

In The Sixth Sense, Bruce Willis stars as Malcolm Crowe, a child psychologist who was attacked by a former patient of his. A year later, Malcolm’s life is in shambles, distant from his wife and drawn to a new case with a young boy who seems to suffer from the same delusions as his former patient. Malcolm must work to discover whether Cole, played by Haley Joel Osment, is actually seeing the spirits of the deceased or if he too is suffering from hallucinations.

Director Wes Craven was one of the most influential directors in the slasher genre. So it seems only right that he reinvented and revitalized slasher films with his 1996 classic film Scream. The film follows Sidney Prescott and her group of friends as they try to avoid being killed by a masked murderer. As the suspicion surrounding Sidney’s boyfriend continues to grow the group will have to follow the horror movie roles in order to make it through the credits alive.

The film is the story of a fifteen-year-old girl named Veronica living in Madrid. The movie is based on 1991 and the story goes by, when all of the classmates leave to view a solar eclipse, Veronica and her group of friends decides to stay in the class and play with an Ouija board attempting to callout spirits from the dead. Things go from bad to worse as Veronica finds herself unable to eat, haunted by paranormal things, and covered in mysterious claw marks all over her body.

The film that gave its director Brian De Palma fame as a mainstream director, Carrie is the best movie for Halloween. The movie is based on the Stephen King novel of the same name, Carrie follows the titular character, a bullied and an unpopular high school student who is constantly tormented by her classmates. Abused at home by her overly religious mother, Carrie soon discovers that she holds a secret power no one understands.

Other than this, there are some other horror movies that are going to release this year or will be available on this Halloween on Netflix. If you haven’t watched these movies then these are binge-watch movies for Halloween. If you have some other favourite horror movies on your mind then you can share with our readers in the comment box.

Can I Add TikTok Widget To iOS 14 Home Screen on iPhone?
How To Add Christmas Countdown Widget on iPhone in iOS 14
Comment