Home » Array of iphone cameras for 360° photography by Apple 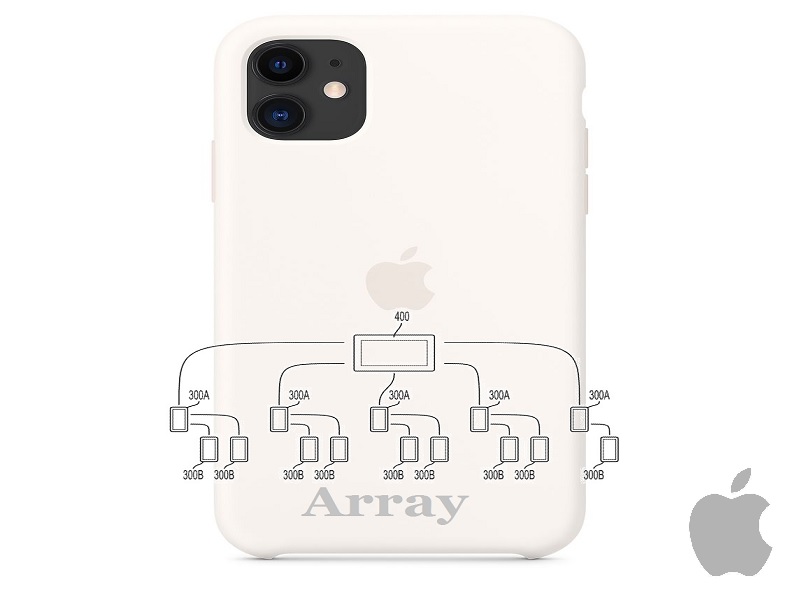 Apple is one of the leading technological giants which has revolutionized our lives in many ways. Be it in the field of personal computers or smartphones, Apple is always one step ahead of others. And in the race to keep itself ahead the company always tries to improvise or innovate their products. According to reports the latest product they are improvising is the iPhone cameras. The iPhone cameras are almost modified every year to give users the best it can get, but this time it is on another level. Apple is studying ways to join multiple images from different iPhone cameras and ways to control all those devices simultaneously to capture a 360-degree image.

The newly revealed patent applications  from Apple shows that it is looking to leverage multiple cameras on multiple devices as their research continues on periscope cameras.

The concern is to make a system that can produce a continuous image from separate image sources by synchronising multiple iPhones and then combining images together to make one single image.

Apple states in its patent application that a photographer, videographer or other person may desire to capture images using several image capturing devices and combine the images captured by each of the individual devices into one continuous image. This continuous image may have a greater field of view and include more image data than the individual images captured by the image capturing devices.

To use this feature you have to use multiple devices, which could simply mean utilizing everyone’s cameras/devices in a group, like family sharing. Apple’s patent application also mentions  how to physically mount several cameras in such a way that it maximizes the 360° coverage and minimizes overlap.

Apple says the purpose of physical mount is to support cameras in fixed positions relative to each other and describes this physical mount as an image-capture unit structure. The technique for this image capture is that these iPhones or other devices would be disposed radially around a central axis of the image-capture unit. The structure for this purpose would give each camera at least a 30° angle with a radial line extending from the central axis where they overlap and in total would comprise a 360° field-of-view.

Apple points out that if all of the devices are the same model iPhone, that would mean each camera producing an image of the same quality. That would simplify the job of stitching images together but this system is unrealistic as we can assume everyone cannot have the same device.

One of the important factors that contributes to the overall quality of a picture captured by an image-capture system is the resolution of the image which may be limited by the size, lens and configuration of the image sensor.

To keep the patent application as wide as possible Apple proposed that multiple iPhones could be connected over a local Wi-Fi connection. In whichever way the cameras are connected the idea is that a single person would trigger all of the cameras at once.

This patent application by Apple is credited to four inventors including David M. Foster. His previous work mentioned in this application, concerns a stand or structure for multiple cameras and devices.