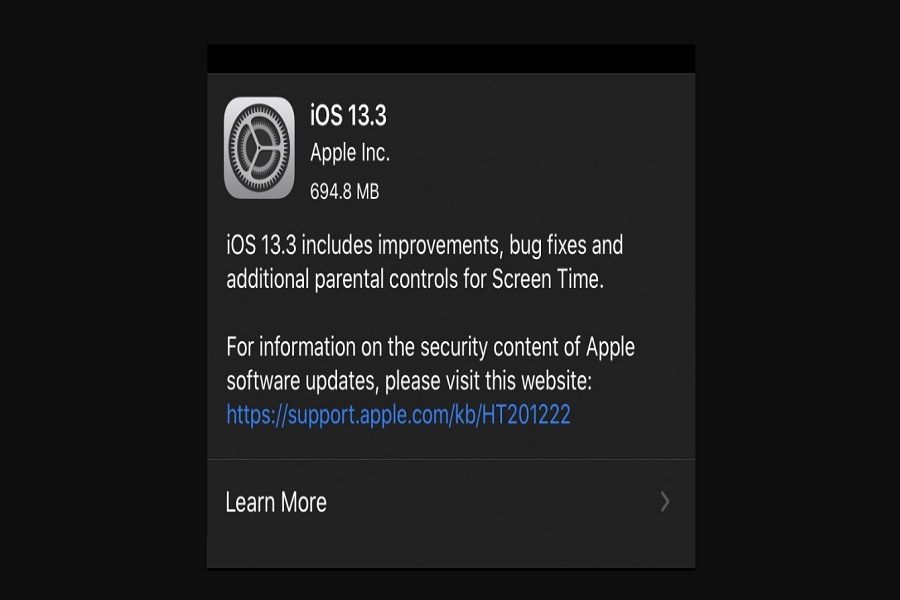 After the last update iOS 13.2.3 two weeks ago, Apple releases the most required third major iOS 13.3 updates for iPhones and iPadOS 13.3 for iPad users. So if you have waited a long to get the stable iOS, then the iOS 13.3 has finally arrived for everyone with some new features and bugs fixes.

As Apple promised that they would soon release the iOS 13.3 update to fix multiple bugs and add some missing features, the iOS 13.3 is now available to download for iOS 13 compatible devices. The size of iOS 13.3 is 695MB for iPhone XR and different from devices. If you are tired of iOS 13.2.3 bugs and glitches, then the time has come to say goodbye to those bugs by installing iOS 13.3 update on your iPhone.

Since the release of iOS 13, this feature has been missing. And now finally, the parental control in the screen time menu added to the latest iOS 13.3 which allow you to set screen limit to control who your children can call, FaceTime or message. Also, you can manage the exact contacts that appear on your children’s devices.

If you often use Apple News, then iOS 13.3 added the new option to follow your favourite Apple New+ stories from the magazines and also like or dislike stories with one tap.

The new iOS 13.3 also brings support for all physical security like NFC, USB, and Lightning FIDO2-compliant security keys in Safari. So the Lightning-equipped YubiKey can be used for two factors on your iPhone.

Save edited video as a new

Earlier, there wasn’t an option in iOS to save edited video as a new clip-on iPhone as you had to edit the video and replace the original video with the edited one. But now with iOS 13.3, Apple did a great job by letting users save the edited clip as new video while keeping the original clip safe.

Once after updating your device to the latest iOS 13.3 update, please do not forget to share your feedback with us through the comments.