Home » Apple’s iOS 13.4 Is Now Available To Download Officially With Other OSs Updates 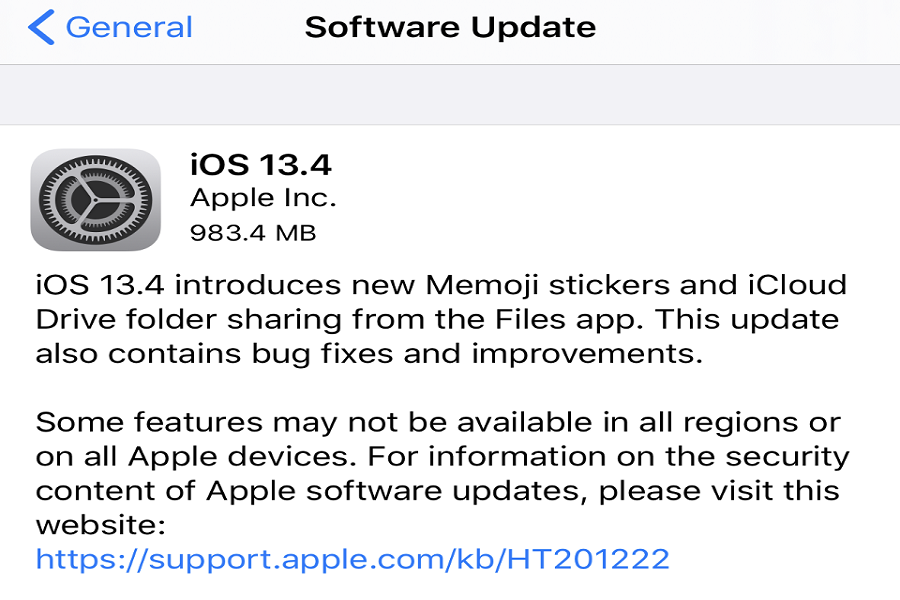 The most highlighted feature of the new iPadOS 13.4 is the trackpad support in iPadOS. This new feature user to use Bluetooth and USB mice and trackpads with compatible iPads with an improved UX over previous versions. The update also added the support of the new Magic Keyboard that already launched with the new iPad Pro last week, which is now built-in trackpad.

Other features on iOS 13.4 and iPadOS 13.4 are similar like it added the iCloud Drive folder sharing from the Files app, nine new Memoji, always-visible controls for delete, move, and reply.

Also, it will be possible to compose in the Mail app, improvements to CarPlay with third-party navigation app support and phone calls that don’t take up the entire display, third full cookie blocking in Safari, and predictive typing support for Arabic, among other things.

Furthermore, Apple has also released tvOS 13.4 and HomePod. Even the new watchOS 6.2 update with in-app purchase and ECG and irregular heart rhythm notification in Chile, New Zealand, and Turkey.

Once after installing iOS 13.4 on your iPhone and using other Apple’s new operating systems, please do not forget to share your opinion in the comment box. You can also tell us what features you are still missing from Apple’s new updates.