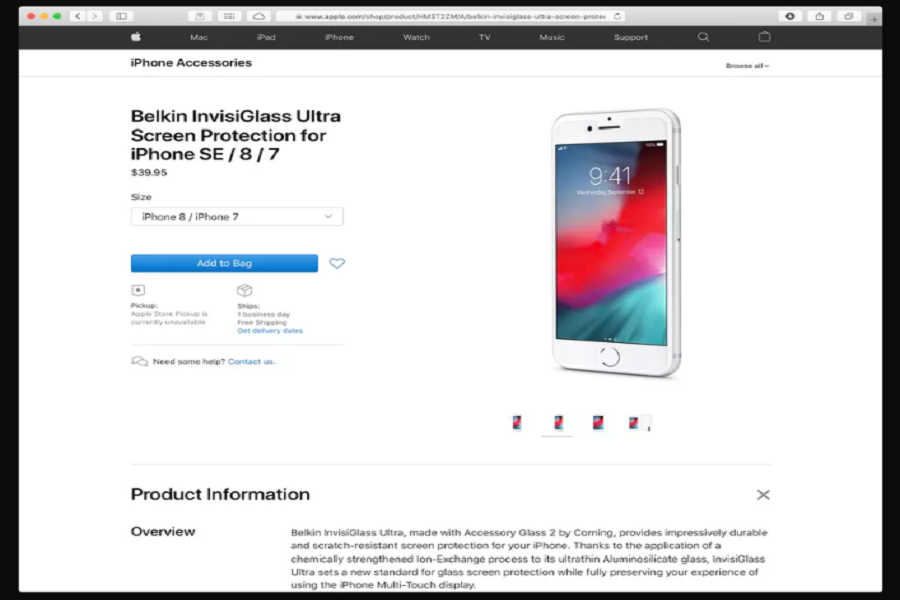 Yesterday, we discussed the release date of iPhone SE 2 or iPhone 9 as tipster Jon Posser wrote on Twitter as he confirmed the launch of the next iPhone SE upgrade on April 15.

Now Apple also accidentally showcase the 4.7-inch iPhone, which is set to called iPhone SE. There is a Belkin screen protector that is now live on Apple’s official store and listed for the iPhone SE as well as 8 and 7. Hence we assume that we could see the similar design on the upcoming iPhone model.

Today morning, the popular website 9to5Mac reported the iPhone SE name along with more detail about the device’s features. Talking more about the device, the new iPhone model to have storage tiers of 64GB, 128GB, and 256GB with white, black, and red color.

The most amazing feature to come with the new iPhone that the device to have the latest A13 processor just like the current iPhone 11 models. Also, Apple will give its most affordable iPhone device this year with the price tag of around $399 only.

The new case from Belkin is now available online with the name “InvisiGlass Ultra Screen Protection for iPhone SE/8/7.” And you can order it for $39.95 online as the pickup is not available since Apple closed its store due to COVID-19 so that you can order it online. Well, 9to5Mac also previously rumored that there is also a new 5.5-inch iPhone this year.

Still, most of the sites are expecting a 4.7-inch iPhone since many blogs are whispering about the release of the new budget-iPhone. Well, the first iPhone SE was released in March 2016 with the price tag of $399 and came with the mix features of iPhone 6S and iPhone 5. Many rumors are still expecting that Apple will release the new iPhone 9 with the 4.7-inch model with the similar design like iPhone 8 while keeping the priority of making the significant upgrade of iPhone SE.

Apple’s Next iPhone SE 2 or iPhone 9 To Have 256GB Variant
Apple iPhone 9 To Release on April 15, Jon Prosser
Comment