Home » Apple is offering a One-Year Free Trial of Apple TV Plus: But what’s the Drill? 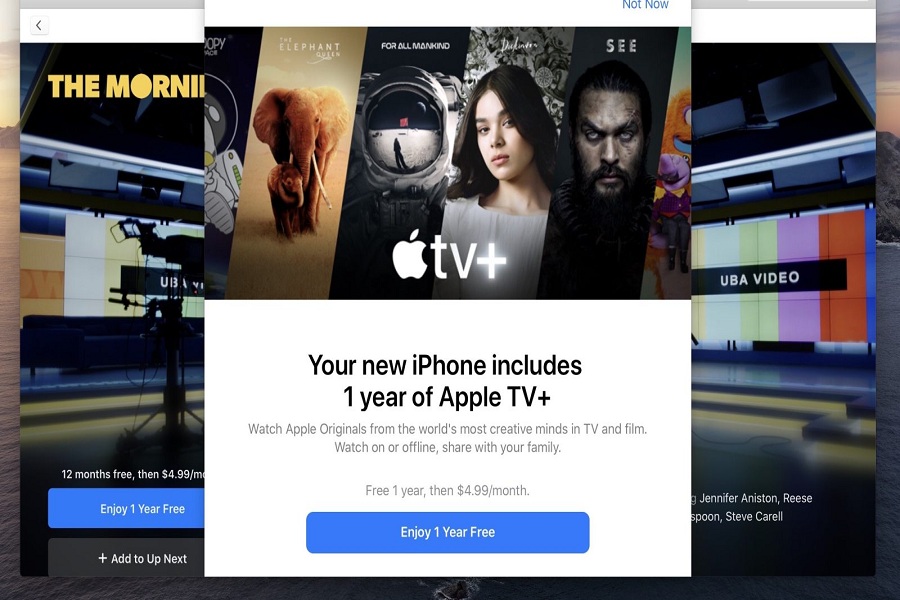 Apple is not just an iPhone company anymore as other products and services of the company are making big right now. The third and fourth-quarter results of Apple clearly show that the sales of the iPhone have dropped over the last year but it shows a slightly increasing graph in other offerings of Apple. For the last few years, Apple is trying to develop its various services and increasing subscriptions. Apple Music, Apple News+, and Apple TV are already available for the last few years and recently Apple has launched its streaming service called Apple TV Plus and announced a gaming service named Apple Arcade.
Well, the hard work of Apple seems to be paying off as fourth-quarter reports show $12.5 billion revenue of the services only and that too before launching of Apple TV Plus. According to Apple’s claim, it has more than 450 million paid subscribers on its various services. The numbers have been increased drastically compared to last year’s 330 million. Apple is expected to get 100 million subscribers in the next half-decade.
The streaming market in the world has shown tremendous growth in the last few years. Netflix, Amazon Prime, Hulu, Hooq, Hotstar, several others are already in the business and Apple’s move to enter the market by spending billions of dollars is the company’s biggest investment in consume paid subscriptions.
To sustain in the market and to make loyal customers, Apple has come up with an offer to give-away one-year Apple TV Plus subscription for free on the purchase of new iPhone, iPad, Apple TV, Mac, or iPod Touch. This doesn’t mean that you have to buy iPhone 11 or iPhone Pro or any latest Apple device but if you have your eyes on iPhone 8 then on the new purchase of the device you will be able to avail of this offer from Apple. Apple knows the difference between creating customers and holding them for a long time. You can learn how to get Apple TV+ one-year free trial in our other article.

So we would suggest you cancel your subscription only before one or two days of the last date if you do not want to enjoy the service.

How To Use Apple TV Plus Download For Offline Viewing Later
WARNING: Apple’s Older Devices Will Stop Working Without Latest Software Update
Comment