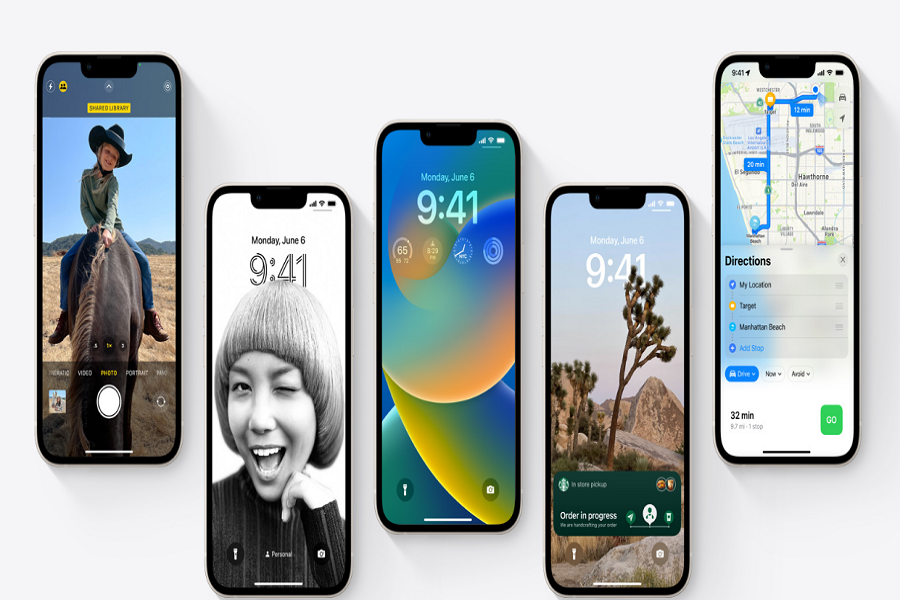 The wait is finally over! The biggest event of Apple, WWDC 2022 is finally here. Get your popcorns and laptops ready because this is going to be a bumpy ride. There are many much-awaited updates we are going to get. We are getting the much-awaited iOS 16 update and here are all the updates and features that we will be getting. Most of the updates are as we have predicted earlier.

The first major update that we are getting is Lock Screen. We will now be able to customize the lock screen as per our needs, from color filter to font and pictures. And these all changes can happen with just a long press on your iPhone. And you will be thrilled to know that you will be able to customize any part of the lock screen as well. It will also come with suggested photos for your lock screen. For me the most amazing feature of this is that we can now create many custom lock screens and can switch between every now and then. You will also have an option to hide notifications so that it won’t cover up your lock screen background. You can even roll down the notifications to the bottom of your lock screen.

The other update we are getting is Share Play. As we all know share play only worked with facetime earlier. But now with this update share play is moving a step further. It will not only work with facetime but it will also be supporting iMessages. Users will now be able to share their screen content through face time and iMessages. We will be able to share movies, songs and even games screen content to other people through iMessages and Face Time. They can even pause, and play music or movies at the same time.

Apple is currently working into a method where Apple Wallet becomes the one spot where you can keep all of your digital credentials and keys. You’ll soon be able to share the digital key with relatives and friends, which is useful for hotel rooms or having a friend come over to hang out at your place. The capability will be expanded to allow sharing with non-iPhone users as well.

Merchants may now accept Apple Pay payments by just touching their iPhone against their customer’s iPhone. There is no need for a card reader machine or an attachment. Apple pay has now been expanded across US where many stores have joined in accepting Apple Pay.

Apple Pay later is one of the finest updates that we will be getting. It will let users split payments of the products and pay later overtime, with no extra interest. And this feature of apple pay will only be available where the stores are accepting apple pay. You can get the option of making 4 equal payments of the products with no extra interest.

Apple has just revealed WatchOS 9 health update with some new features which are much awaited by the apple watch users. Not one but four new watch faces will be available on watchOS. The astronomy watchface is receiving a makeover, there’s a new lunar watch face, ‘playtime’ features whimsical numbers, and metropolitan, which to be honest looks the coolest. Active apps may now be pinned by users. The Podcast app in watchOS 9 will feature searching for new podcasts. WatchOS 9 will be having a brand new feature that includes new sleep tracking features in the sleep app which will allow users to track their core, deep and Rem sleep stages. This will also bring several changes to Apple’s ecosystem. The basic features that we are going to get are new complications, watch faces, notifications,s, and the ability to pin apps. The workout app will also be getting new feature which includes new running metrics and heart rate zone. Apple has also updated the fitness app by bringing new health activity tracking features to iPhone users with having Apple Watch. Users can even track their medication logs on an Apple Watch with watchOS 9. this is very useful feature, especially for the one who keeps on forgetting to take their medicines. This can also be managed on iPhone through health app.