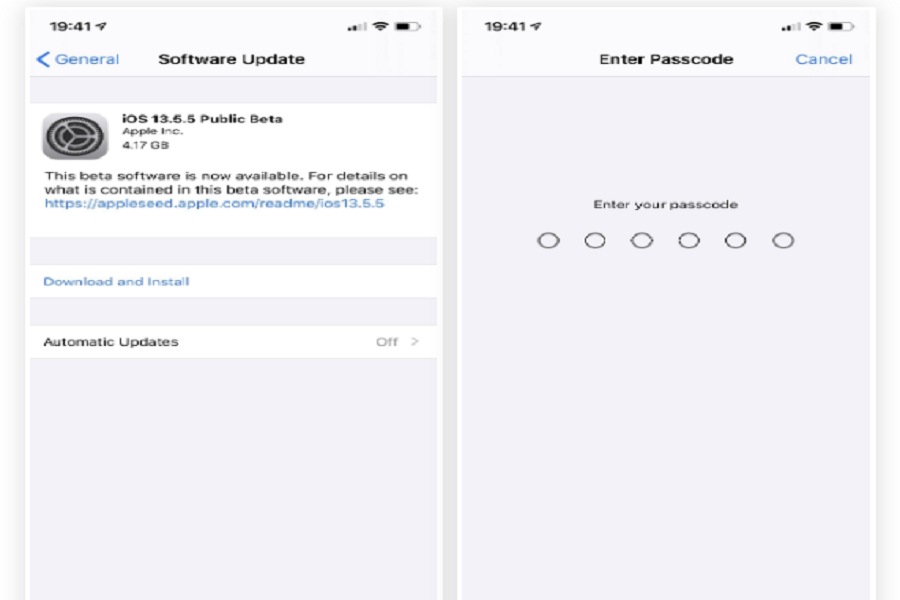 After the release of iOS 13.5.1 public version for all the iOS users who were waiting for the Uncover Jailbreak, Apple has released the first public beta of new iOS 13.6 for all the users who have been waiting to test the new feature.

What’s new on iOS 13.6? How to download and install iOS 13.6? If you need to answer both these questions, then here you will get your answer.  Apple usually releases public betas in the night, but this time they released the iOS 13.5.5 and now replaced with iOS 13.6 in the morning. The tech giant only does it when they want to put some difference between the developer and public seeds.

There is not much detail revealed by Apple about the iOS 13.6 features, but some reports say that Apple is now adding News + Audio feature in its Apple News app. So now Apple is asking all the publications to releases an audio version of the news as well for its Apple News+ version.

If you want to see how this feature works, then you can follow the below steps to download and install iOS 13.6 public beta.

Step #1: First of all, go to Apple’s beta page and complete the signup process.

Step #2: After the signup process, download and install the configuration profile.

If you already have the profile installed on your iPhone, then you can directly go to the Settings→ General → Software update to install the installation of the new beta, or you can wait for some time to get the Automatic Updates to start.

This is how you can simply download and install iOS 13.6 update on your iPhone to test the new features of the new iOS ecosystem. Hope you followed the guide and installed the latest iOS beta carefully on your iOS device. Once you have installed the latest iOS 13.6 beta on your device, do not forget to share your feedback with us in the comment box. We would appreciate your response. Even do not hesitate to share any glitch or any bug if you found in the latest iOS 13.6 update. Stay tuned for more news and updates about Apple’s products.