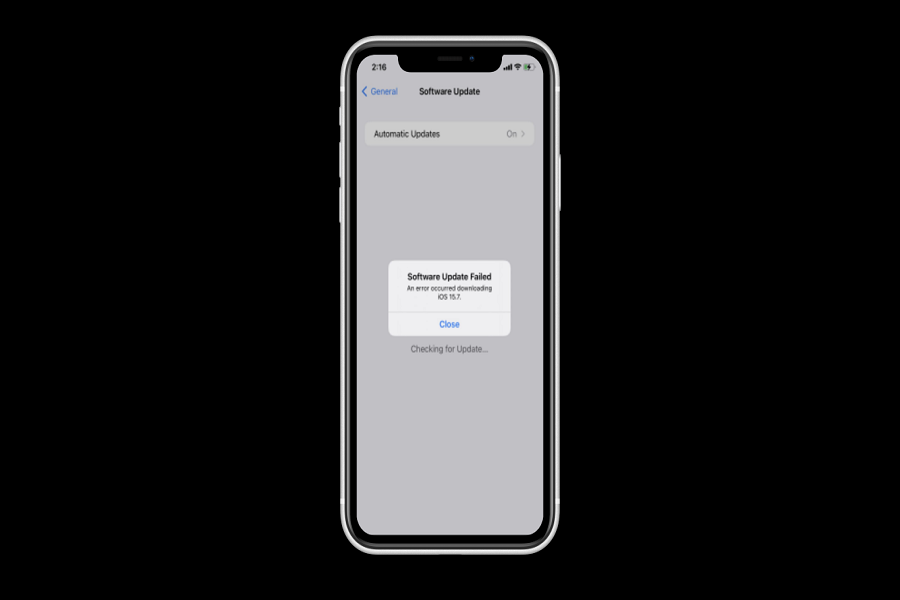 Many iPhones don’t support iOS 16. That’s insane since many users were keen to try it out on their iPhones. Thankfully, the users with iPhones missing the latest version of the iOS 16 update have the new iOS 15.7. Apple released iOS 15.7 for iOS 16 unsupported iPhone models. But the sad part is some users are stuck at iOS 15.7 installation since they are getting an “An Error Occurred Downloading iOS 15.7” error.

We have seen many questions regarding unable to install iOS 15.7 update. Since many people were stuck at iOS 15.7 download and looking for a solution, we also searched and came up with the perfect working solutions to eliminate an error downloading the iOS 15.7 update. If you are also struggling with the same problem, then here we will show you how to fix an error that occurred downloading iOS 15.7.

Since iOS 15.7 is the major update and comes huge, the iPhone should be connected to solid and stable Wifi network to smoothly download and install iOS 15.7 update without any issue.

One of the users wrote on Twitter that he came across this iOS 15.7 error that occurred downloading issue because he was running low on storage. After clearing around 4GB of space, the error was fixed. Hence, you need to ensure that your iPhone has enough space to install the IOS 15.7 update.

Heading to the Settings > General > iPhone Storage > iOS 15.7 update file > Delete Update > Reboot iPhone > and download again to fix an error occurred downloading ios 15.7 error. This method worked for many users. Did it work for you? Do you know any other working solution? Don’t hesitate to share with us in the comment box.