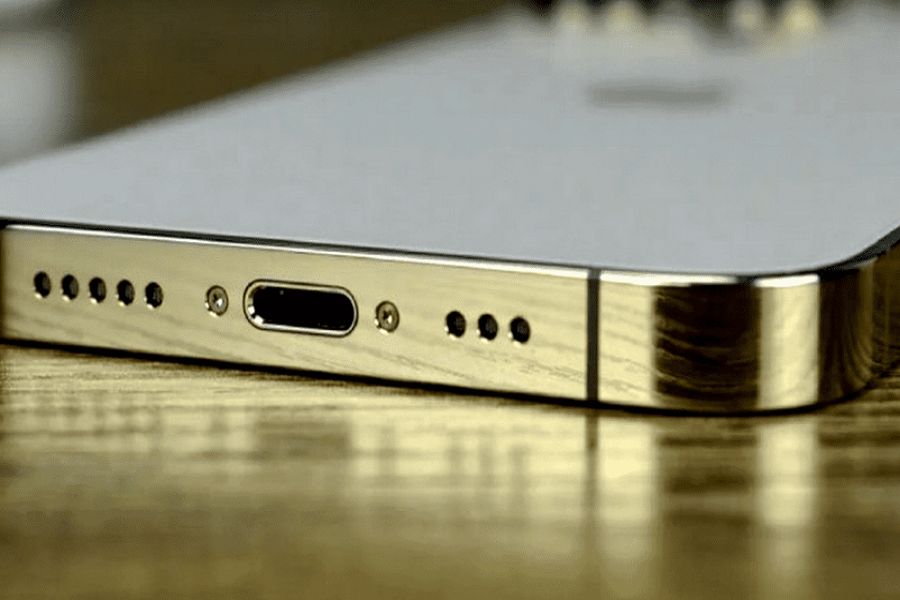 When will we get USB- C? Will iPhone 14 have USB- C? Apple users are much awaited by the leaks that the company might introduce USB C with iPhone 14. But are there rumours even true? Let’s find out!

For a variety of gadgets, USB- C has emerged as the standard connector during the last five years of rising technology. The majority of Android smartphones, laptops, tablets, gaming systems, headphones, and even other gadgets like mouse, keyboards, and external storage devices all use it.But USB-C hasn’t yet been adopted for Apple’s most well-known device, the iPhone. Instead, the Lightning connector, which debuted with the iPhone 5 eight years ago, is still used by every generation of iPhone.

People are now wondering why Apple hasn’t switched over to USB-C for the iPhone in light of the fact that it is known for being the first to adopt new standards. When iPhone 14 was announced, the rumours of USB-C with iPhone 14 also come into light. Apple users were finally satisfied with the change. But as we come closer to the Apple Event 2022 launch of iOS 16 and iPhone 14, the fog around their rumours gets more clear.

Apple already has products that supports USB-C for its other products. iPhone line-up is the only one who is still lacking behind in getting USB-C port. Apple remains lip tight regarding any rumours, so we cannot be sure about USB- C rumours as well. What we know till now is that iPhone 14 line up has some big upgrades and new features, camera, design and many more. Recently there were some news that came into light regarding iPhone 14 having USB- C port. To our disappointment, iPhone 14 line- up is not having USB- C port, it will have lightning port as other iPhone series line- up. We have to wait another year when iPhone 15 will be launched as according to rumour instead of iPhone 14 series, iPhone 15 will have USB- C. Time will tell if these predictions actually come true or not.

Henceforth, who so ever is planning on buying iPhone 14 just for the USB- C port purposes, then you should wait for another year, because iPhone 14 won’t be having USB- C. and not just iPhone 14, other iPhone series line- up also are not getting USB- C port any time soon. We can only anticipate it and pray that Apple might give us what we were hoping for with iPhone 14 line- up.