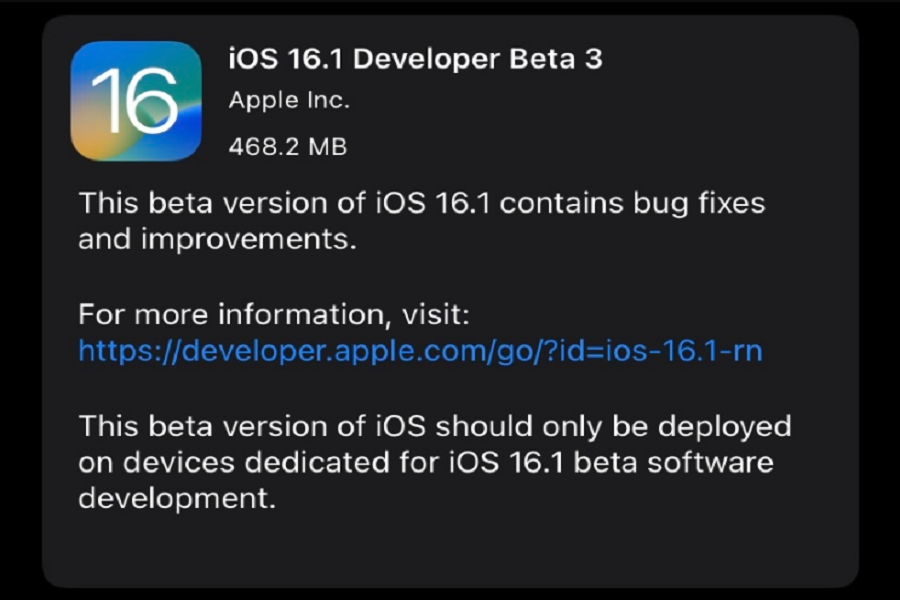 With the recent launch of iOS 16 on September 12, 2022, Apple is all set to surprise its users with a minor release of iOS 16.1. However, like every time, the brand doesn’t want to risk introducing an update that doesn’t live up to the user’s expectations.

As Apple is gearing up for this minor release, the brand has already introduced three public beta versions of this new operating system to the registered developers. Currently, we have access to the iOS 16.1 Public Beta 3.

If you are curious about this new public beta of iOS 16.1 and want to know more about the kind of features that are available, we have all the information sorted in this guide for you.

Given that iOS 16.1 is a minor release following the official launch of iOS 16, we’d highly recommend that the users don’t have a lot of expectations of this new iOS version.

But, that aside, here’s a list of the features that are available with the third public beta of iOS 16.1.

This is a real-time widget kind of feature on the lock screen that will allow iPhone users to stay informed and on-trend with what’s happening around them.

Ever since its release, the new iOS 16.1 public beta 3 brings the feature for the users to be able to delete the Apple Wallet for good from the device. Doing so comes with consequences because users will then not be able to use associated apps like Apple Pay, Apple Cash, etc.

This particular feature was introduced with the initial public beta of iOS 16.1 but looks like the same was removed from the Settings with the Public beta 3. Whether or not the same will make a comeback with another beta version is something we’d have to look forward to.

This particular feature came around with iOS 16 and looks like Apple is set to further refine the feature with the minor release of iOS 16.1. This will allow the iPhone users to share the albums with up to 6 people, making it easier to share photos without any hassle.

With clean energy charging, Apple is working towards reducing its carbon footprint by optimizing the charging times of its iPhone.

Can I Download Cinemana on iOS in 2022?
How To Fix iOS 16 Battery Drain iPhone X Issue?
Comment