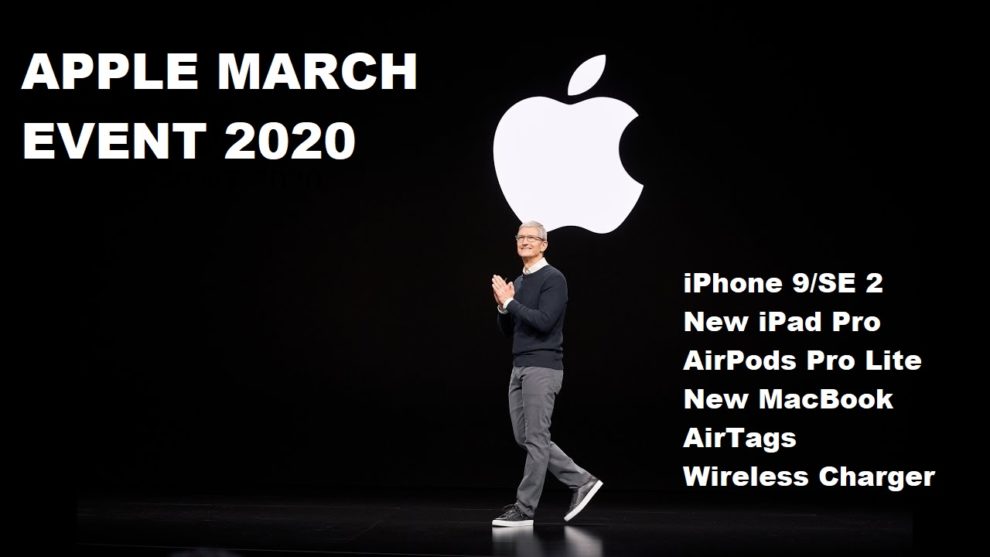 It is being speculated that this year around the end of March or March 31st, we should see a new Apple event. In March 2019, at the Apple Event, Apple basically showed off was Apple News+, Apple TV+, Apple Card, Apple Arcade, and a redesigned Apple TV app with channels. They also released the same day iOS 12.2 and subsequent updates for not only iOS but also Apple TV and Mac OS. Last year we saw some software revelations and we’re looking forward to new hardware with the 2021 Apple event in March.

The first thing that is pretty much guaranteed at this event is a new iPhone SE 2 or iPhone 9. So an iPhone SE 2 or iPhone 9 based on the iPhone 8 but with newer internals as well as still keeping the home button. It’s a little bit of a smaller phone but it’s not the same as the original SE. We’ll get something like the iPhone 8 but with updated specs and basically the same liquid Retina display. So we won’t really see any huge updates but the big update for the phone is that it may cost around $400.

Next thing we expect to see new iPad Pro. The new iPad Pro is expected to have a three-camera array with some depth-sensing ability so you can use it for 3D modeling. New internals with maybe an A14 or A14X processor in it are expected. In the past, Apple preferred to put the feature on the iPhone before the iPhone and so we would expect this new iPad to be more rigid, less prone to bending and things like that. But in general, iPad Pro 2021 will have a newer camera, processor, and a new body feature.

The first thing in sofware is iOS 13.4. So just like last year, where they released iOS 12.2 on the same day, we would expect 13.4 on the same day. We have quite some time between now with the betas of iOS 13.4 to get to the final release of that.

Then there are a couple of other things that people think maybe shown off at this event or be available around this time or later in the year.

The first one is AirTags and AirTags is a way for you to locate objects using your phone and you have it in the newer iPhones. If you don’t know you have a new U1 chip in your new iPhone 11. When you do airdrop, you can actually see where the devices are and point them towards it.

It’s a really handy feature and if you have someone else has a phone with the U1 chip then you can point it toward that phone and hit the button and it will send. So we would expect little AirTags beacons that you can place in a purse, backpack, bag, luggage or other things and that will allow you to locate items that you might have. Those would be pretty interesting because they’ll actually communicate with one another and then relay back to the phone to let you know where those items are and then, you use the FindMy app to locate those items.

Now this one is more of a rumor but there’s potential for a wireless charger. Apple never released Air Power and unfortunately, we never saw that but they may show a new wireless charger at March 2021 event because they do have a need for all of these charging devices.

Especially, if the rumor is true of the iPhone 12 that will be out in September, it may not have a charging port and you would need some sort of wireless charger. We are not concrete about this rumor but we definitely need it and expect it from Apple this year.

So, all of these things are potentially expected at the March event on March 31, 2021. We won’t know for sure until Apple actually sends out invites but there’s some good information stating that we will see the next iPhone 9/SE 2. iPhone 12 with 5G support is already expected in the fall this year but before that, we going to get some new updates this year. Some of these things may not get unveiled this month as Apple could hide them until their WWDC 2021 event in June.

Apple doesn’t allow bad guys in the movies to use iPhones and other Apple products, according to “Knives Out” director Rian Johnson
Coronavirus protective face mask that works with Apple’s Face ID, is it true?
Comment