Home » What is Apple Mac studio? 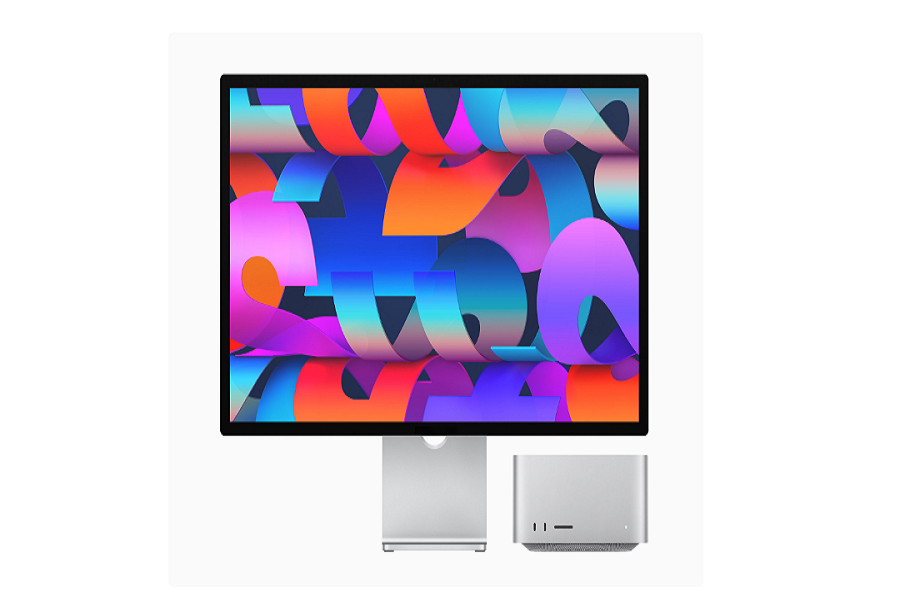 Apple finally launched a breakthrough in personal computing in the form of Apple Mac Studio. This high-end device is packed with loads of extraordinary features that you might have only imagined in your dreams. Apple Mac Studio lets you achieve the impossible by enabling you to perform such activities that you can never imagine on any other desktop.

Its seamless connectivity, fast processor, and exceptional design make this new Apple gadget out-of-the-box. But since every good thing comes at a price and Apple Mac Studio is no different. It is available at a whooping price that might cost you a dime.

Wondering what you can expect in this new-age Mac? Read on to learn the pro features of the Apple Mac studio you can count on, along with its price.

Let’s find out some of the exceptional features that make Apple Mac Studio a worth addition to your gadget collection.

Mac Studio Display blends wonderfully with any Mac. It has a class of its own, with a stunning 27-inch Retina display, incredible camera, and audio, giving Mac customers the seamless experience they deserve.

Studio Display boasts a gorgeous all-screen design with narrow borders and a sleek, all-aluminum shell that houses a myriad of features while maintaining a slim profile. A VESA mount adaptor is also added to support landscape or portrait orientation.

The display may be tilted up to 30 degrees using the built-in support. Studio Display also features a tilt- and height-adjustable stand with a counterbalancing arm that makes the display feel weightless as it is adjusted to match the needs of a range of workspaces.

Every component of Mac Studio got created to maximize the performance of the M1 Max and M1 Ultra, resulting in an unmatched level of power and capabilities in a compact design that fits on a desktop. The Mac Studio also has a revolutionary thermally design that allows for incredible performance. Air is guided through the interior components. Mac Studio is exceptionally silent, even under the most demanding tasks, thanks to the speed of Apple silicon.

Thanks to its single aluminum extrusion, it occupies extremely minimal room and fits perfectly under most screens. It helps chill the rising CPUs thanks to a specific system of double-sided blowers, perfectly designed airflow tunnels, and over 4,000 holes on the back and bottom of the shell.

Three USB-C ports on the Studio Display deliver speeds of up to 10Gb/s, allowing you to connect high-speed peripherals, storage, and networking directly to the display. Users may connect Studio Display and any associated devices to their Mac using a single Thunderbolt connection.

Studio Display can even fast-charge a 14-inch MacBook Pro using the same cable, which sends 96W of power to a Mac computer.

Mac Studio, driven by either the M1 Max or M1 Ultra, offers exceptional CPU and GPU acceleration, more integrated storage than any other Mac, and new capabilities that no other computer can match.

Consumers can push their inventive operations to new heights with M1 Max. And for those who need even more computing power, M1 Ultra is Apple’s next leap forward in silicon, offering stunning efficiency to Mac Studio.

Mac Studio with M1 Ultra’s ultra-powerful media processor can play 18 channels of 8K ProRes 422 video, which no other machine on the planet can do. Mac Studio also pushes the boundaries of desktop graphics memory, with up to 64GB of combined storage on M1 Max systems and up to 128GB of unified memory on M1 Ultra devices.

M1 Ultra is based on M1 Max and has the all-new UltraFusion design, which links M1 Max chips to create a system on a chip (SoC) with unmatched performance and efficiency with 114 billion transistors, the most ever seen in a portable computer chip.

A 5K Retina panel with over 14.7 million pixels gets featured in the Studio Display. Images come to life with detail thanks to 600 nits of brightness, P3 broad color, and over one billion colors.

Studio Display’s innovative camera and audio technology, which uses the A13 Bionic chip, create incredible experiences. It features a 12MP Ultra-Wide camera with Center Stage, which keeps users centered in the frame as they move around for even more entertaining video chats.

How much does Apple Mac Studio cost?

The M1 Max version of the Mac Studio will cost $1,999, while the M1 Ultra version will cost $3,999. It will cost you $1,599 for the Studio Screen. Other bespoke components, such as screen mounting hardware, are also accessible.

Thanks for reading!! We hope you have enjoyed the guide and found it beneficial. Apple’s new Mac Studio and Studio Display include everything users need to create the studio of their dreams. Mac Studio with M1 Max and the new M1 Ultra provides unrivaled performance and connection in a small package.

However, keep in mind that this high-end hardware never comes cheap and you will have to pay a huge price to own it.