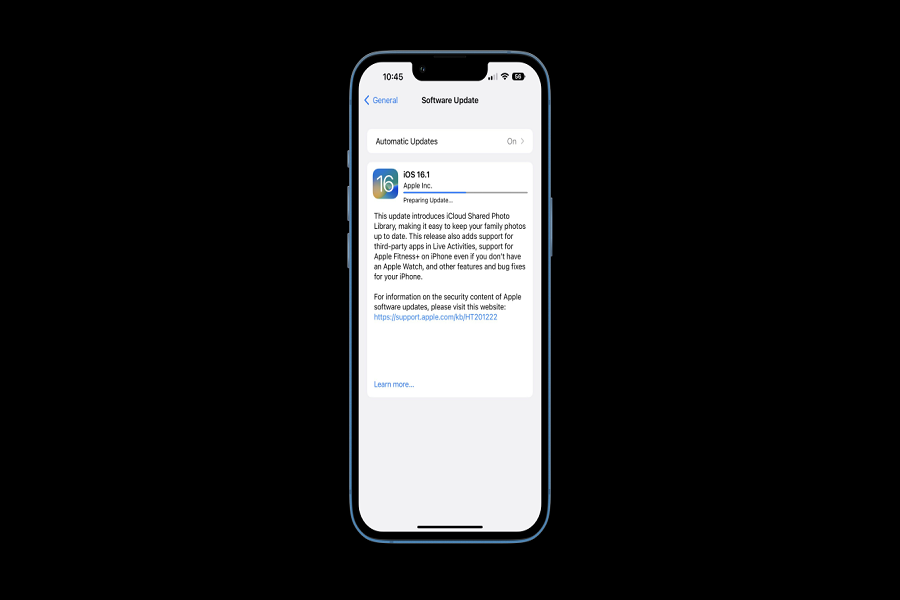 The most awaited Live Activities feature is finally here with the release of the iOS 16.1 update. After two months of testing, Apple has landed the Live Activities for iPhone users with iOS 16.1. Since the update landed, people have been keen to install it on their devices. Sadly, some users are stuck at Update Requested IOS 16.1 issue.

For many users, deleting the ongoing or downloaded file, rebooting the device, and then heading to the Software Update page to download the iOS 16.1 again will be helpful to fix the update requested iOS 16.1 stuck issue. The method worked for many users.

When you see the iOS 16.1 stuck at Update Requested screen, it would be helpful for the users to force quit the current process and try again. It would help if you forced close the Settings app and then again go to Settings > General > Software Update to download and install the new update.

Since iOS 16.1 comes in huge size, the user should connect iPhone to a stable and fast internet connection to download and install iOS 16.1 without any stoppage. If you are getting an iOS 16.1 update requested screen, and it is not going, you can try to switch to another Wifi network to fix the issue.

As we said above the iOS 16.1 comes with more than 1GB of size, users should keep in mind that iPhone have enough storage to store the big iOS 16.1 update. Hence, if you see iOS 16.1 Update Requested issue, you should also check iPhone storage before heading to the download process for iOS 16.1.

Deleting the OTA download file from the iPhone storage and then heading back to Settings > General > Software Update > IOS 16.1 Download and install will fix the Update Requested error. Which method from the above worked for you? Do you know any other working method? Don’t bother to share your feedback in the comment box.

Should I Turn Off Optimized Battery Charging on iPhone?
What’s New on iOS 15.7.1?
Comment